How can i add a Common Gear Constraint to my simscape imported CAD?

Santiago Gomez on 19 Aug 2021
⋮
Answered: Steve Miller on 12 Sep 2021
Hi, well i have the following CAD that is part of a simple planetary gear 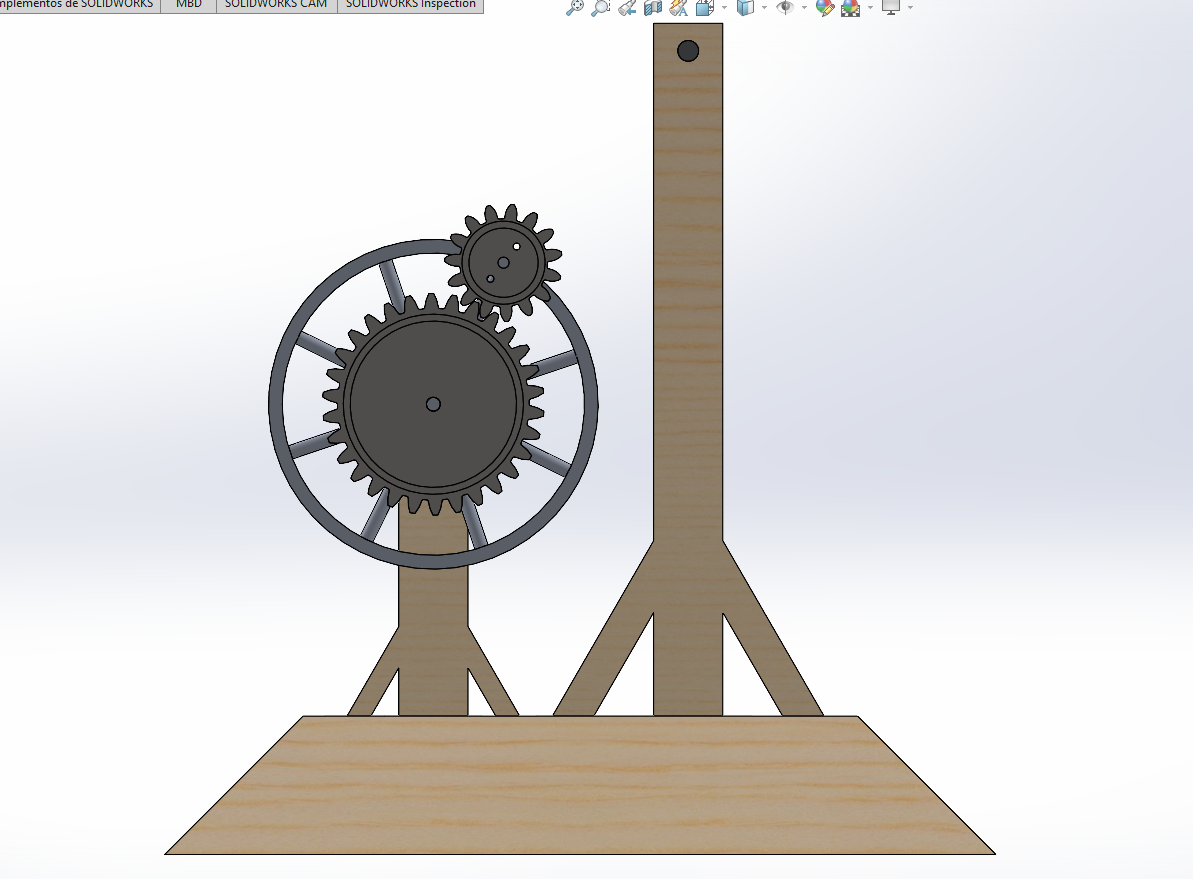 Since simscape multibody link does not support the gear mates i remove it from the CAD and export it successfully, but in Simscape i run into the following problem

As you can see the "planet" gear is going through the solar gear, that is why i require a Common Gear Constraint block between both gears, but to be honest i don't know where to put it in this diagram that simscape generated: 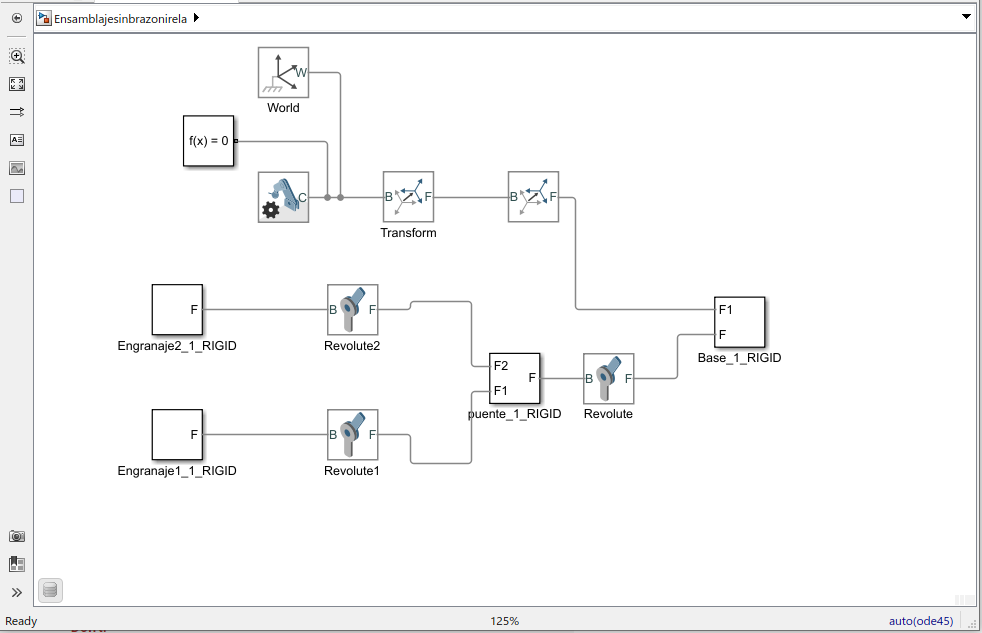 I tried putting it between the Fs of Revolute1 and Revolute2 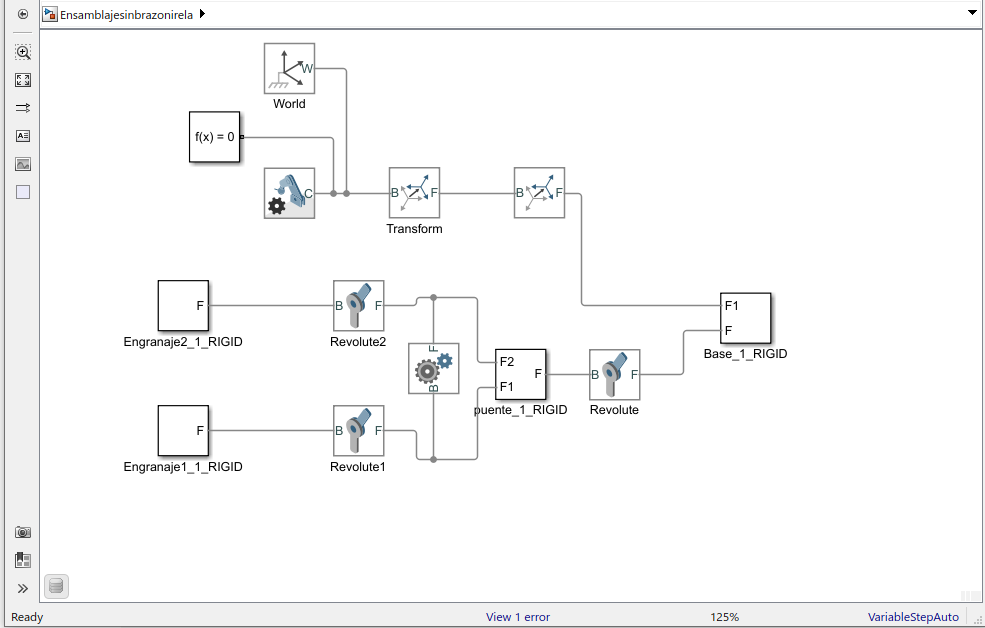 Steve Miller on 12 Sep 2021
⋮
Hi Santiago Gomez,
You are on the right track. To fix your model, you will need to
The documentation for the Common Gear Constraint block has images that help you understand how to connect this block.
There are also many examples of gears in the Simscape Multibody Parts Library.
--Steve