Why this Great 'SpeedUp'? 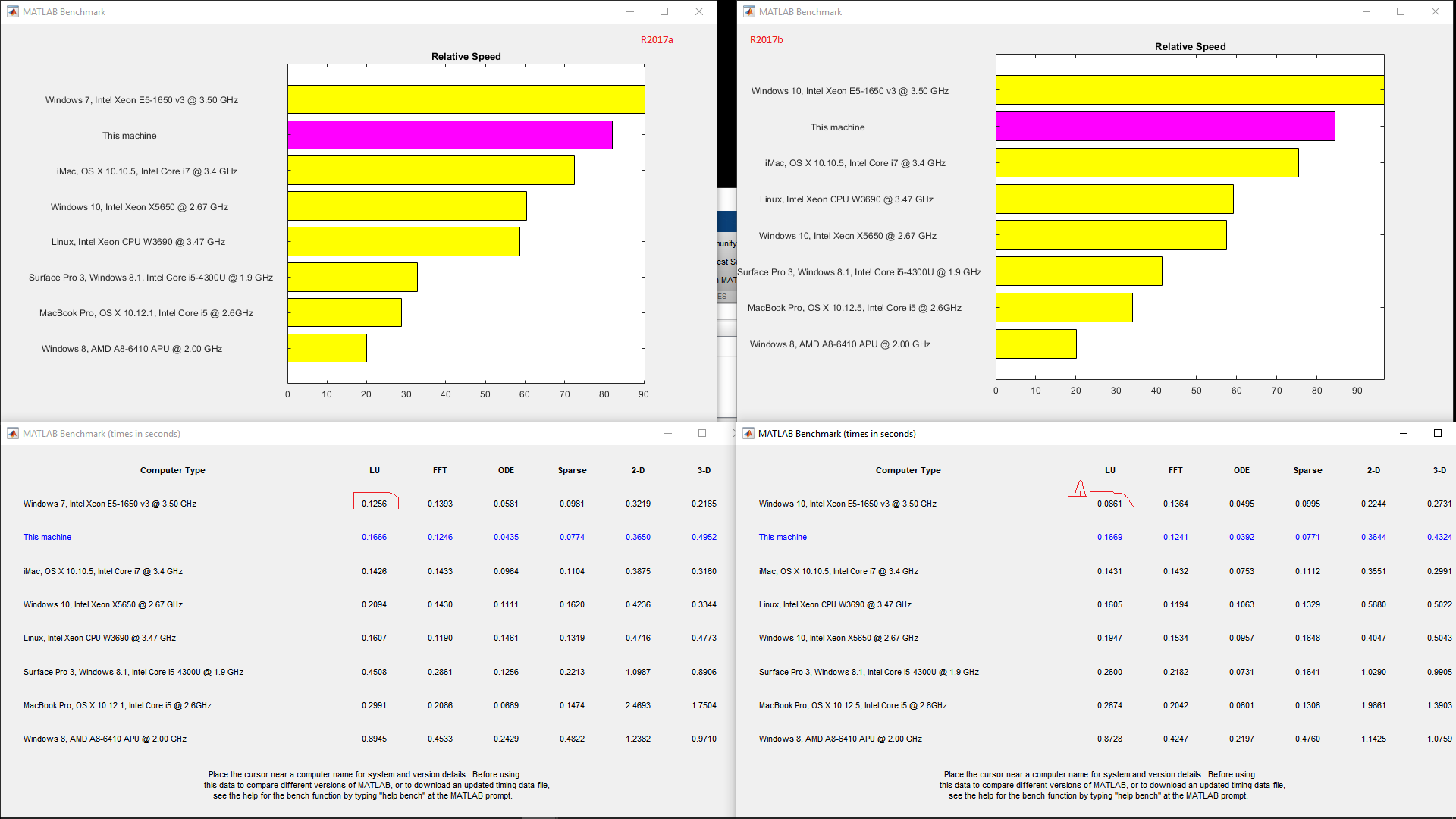 ⋮
I'm voting for SuperLowResolutionImage, SuperVagueQuestion, and SuperCamelCaseUser... Read this if you want an answer in the far future:
https://www.mathworks.com/matlabcentral/answers/6200-tutorial-how-to-ask-a-question-on-answers-and-get-a-fast-answer

⋮
First, my original image was 1920x1080 but this forum did a downsampling. And who are you?

⋮
Hello andre,
Donald is a regular contributor to this site with 49 accepted answers.
Downsampling or not, the print is too small to read. Would you care to repost it in a different format?

⋮
Right click on the image and view, you'll have the original.

⋮
Hi Andre, I'm just a volunteer trying to answer questions or point towards resources to help people get answers.
Your question "Error or SuperHiperPower optimization???", would yield an Error vs Optimization choice answer, which probably won't satisfy your curiousity. The answer would be optimization since no errors are being returned.
If you want to know "What did MathWorks do to make lu faster in 2017b than in 2017a?", then we can try a bit more to help. BUT, turns out lu is a built-in compiled function with protection against viewing the source code optimization... Wish we could help you more by investigating changes made, but seems like we can't:
https://www.mathworks.com/matlabcentral/answers/98627-how-do-i-access-the-source-code-for-built-in-functions-in-matlab

Steven Lord on 11 Oct 2017
⋮
First note that you should not compare the results of running different versions of bench on different releases as bench may very well change from release to release. We mention that in the help for bench as well as at the bottom of the figure containing the numeric results of the bench run. [I don't know offhand if it did for release R2017b or not.] If you must compare two releases, run the older version of bench on both releases.
Even if the LU task did not change between release R2017a and R2017b the machine on which it was run appears to have changed. In R2017a the machine claiming the top spot in the table was listed as a Windows 7 machine; in R2017b it was listed as a Windows 10 machine.