Working with more thermal images at once in app designer

Veronika Remenarova on 4 Feb 2020
⋮
Hey, i am working on my thesis and my task is to analyze 5 thermal images in a row, which show body temperature progress in time from chosen ROI (body part) after exercise. I want to do gui in app designer for that or maybe it will be easier to do it normally, idk?? I am open to any ideas. My point is to gain temperature data from those ROIs of images and then analyze them statistically in Statistica program. At the end of the software there should be a graph showing that temperature progress for example of maximal/minimal temperature from chosen ROI in time. And plus an excel file with all the temperature data from that ROI.
But I found problem right from the start. I dont know how to manage the loading part of the images because i dont know what is possibe to do in the app designer or not. At first i wanted to do one screen where user would load all pictures at once, as you can see int the first picture, but there are too small and user cant exactly see the numbers on the scale on the right sight of the thermal image and i need that. So maybe it would be better to always open one figure for one thermal image, choose the ROI, type the max/min temperature from the scale for conversion of pixel intensity into celsius scale as you can see in the second picture (its an old thesis of girl who was doing similar thing like me but she was using only one pic) and then save it, close it and procceed to another image (if its possible in the app designer). And at the end show the graph i talked about before. But I really dont know how does the app designer work, if its possible to move throughout more figures (screens) or the app has only one screen and maybe some dialog windows...
I am really open to any ideas how to solve this smartly.
Thank you! 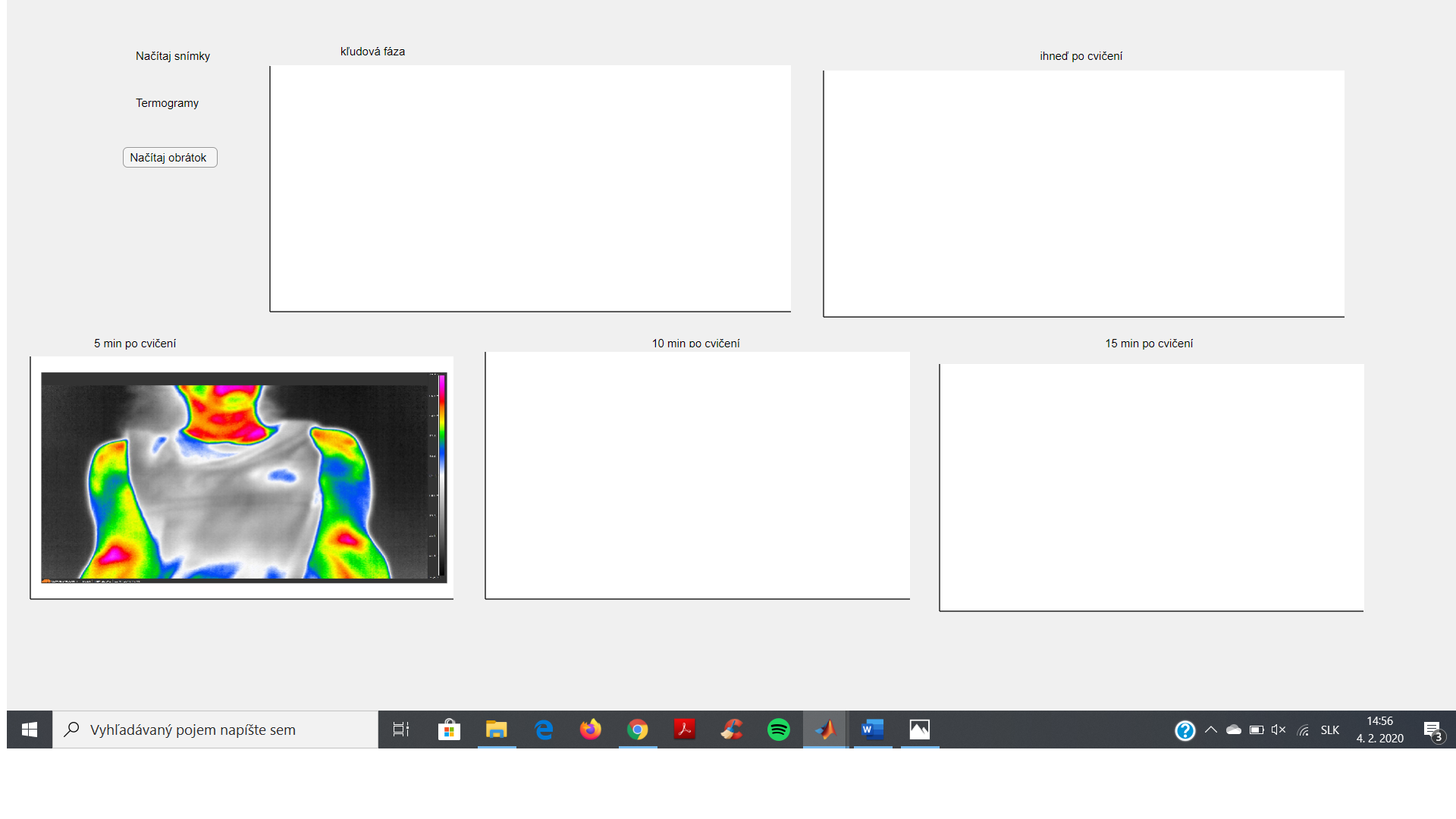 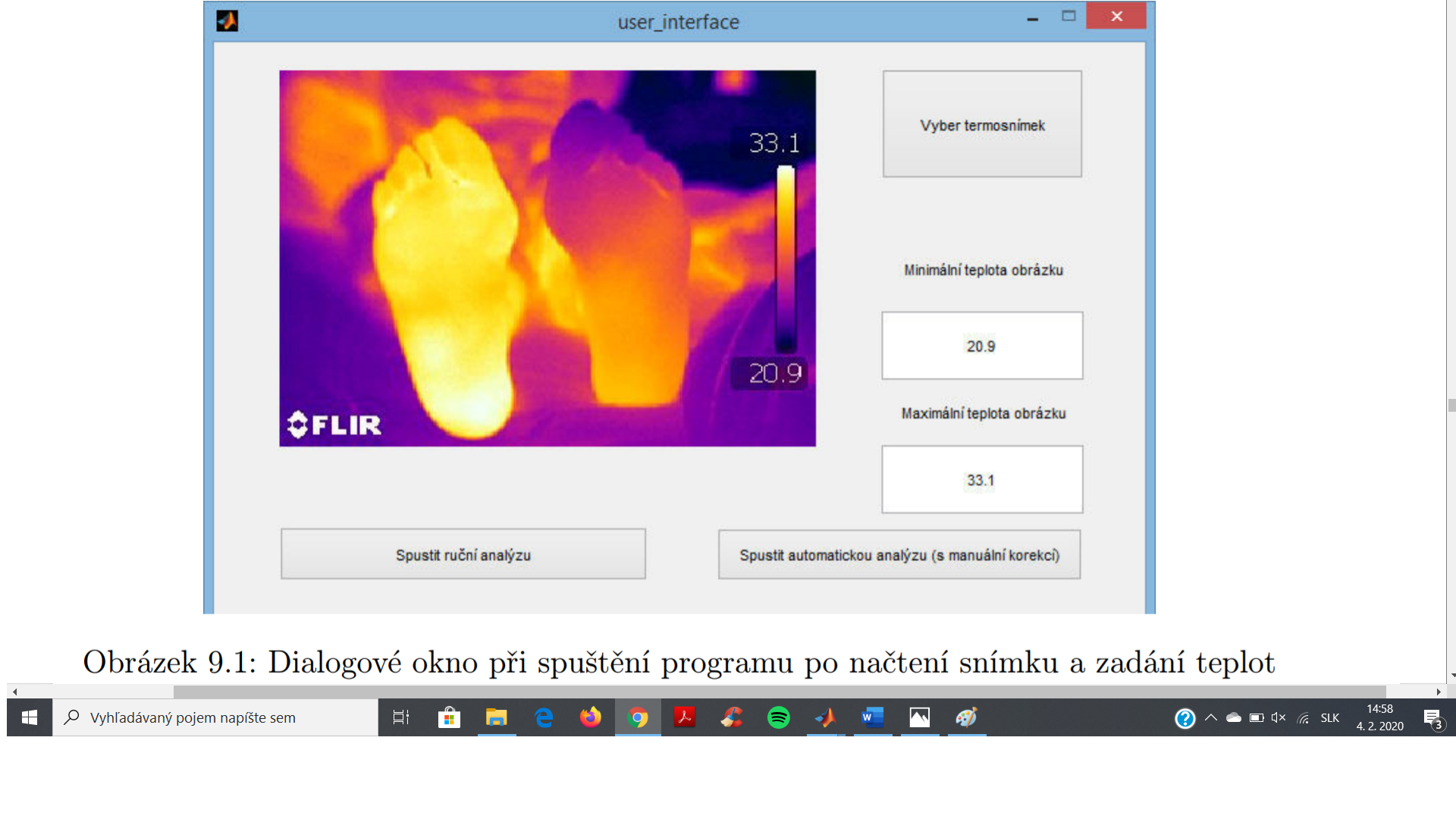