From the series: Algorithm Development for Making Colormaps

This is the second part in a series of videos giving examples of developing colormaps in MATLAB. In this video:

Part 1 This is the first part in a series of videos giving examples of developing colormaps in MATLAB.

Part 2 This is the second part in a series of videos giving examples of developing colormaps in MATLAB.

Making Data Analytics for the Mining Industry Simple with...

Presentation of a Platform for the Development of Aircraft...

Making a 2D or 3D Histogram to Visualize Data Density

Making a Multi-color Line in MATLAB 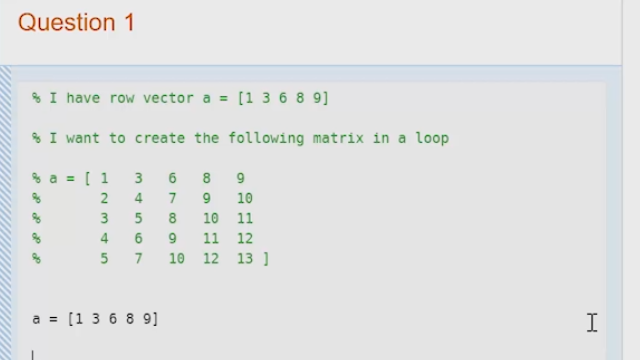 How to Make a Matrix in a Loop in MATLAB

Making a Sweeping Slice Through Volume of Data

Making a Vector the MATLAB Way

Making a Title Based on a Variable Value

Making a Line Visible Over an Image in MATLAB