Develop a controller for the Airbus A380 fuel management system

Use MATLAB, Simulink, and Stateflow for Model-Based Design to model and simulate the control logic, communicate the functional specification, and accelerate the development of simulators

“Model-Based Design gave us advanced visibility into the functional design of the system. We also completed requirements validation earlier than was previously possible and simulated multiple simultaneous component failures, so we know what will happen and have confidence that the control logic will manage it.” 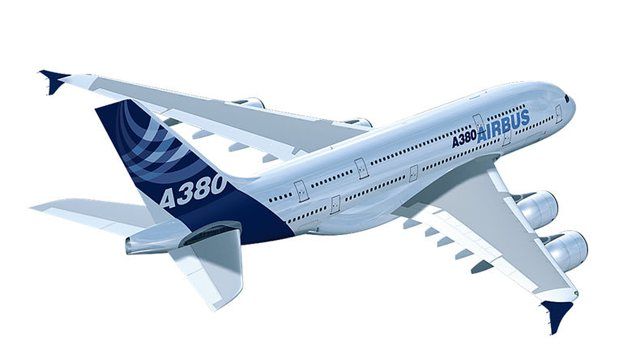 The A380’s sophisticated fuel management system handles fueling and defueling operations on the ground, as well as fuel flow to engines and between tanks while airborne. The system can move fuel between tanks to optimize the aircraft’s center of gravity, reduce wing bending, and keep fuel within the acceptable temperature range.

Airbus engineers used Simulink® and Stateflow® to develop a model of the fuel management system that was reused throughout the project. “With Model-Based Design, the model we used to represent the functional specification enabled us to validate requirements months earlier than was previously possible,” says Christopher Slack, computational analysis expert in fuel systems at Airbus.

The A380’s fuel management system must be able to safely handle any failure in the system’s 21 pumps, 43 valves, and other mechanical components. In a complex system, it’s challenging for engineers at the requirements stage to predict problems that can result from combinations of relatively minor failures.

The fuel system specification document for the A380’s predecessor, the A340, had over 1000 written requirements. “Text requirements can leave room for ambiguity and misinterpretation. When you have that many requirements, it’s difficult for anyone to understand all the possible interactions between them and identify, for example, that a requirement on page 20 conflicts with one on page 340,” says Slack.

Airbus engineers used Simulink and Stateflow to model the system’s control logic, which comprises 45 top-level charts, almost 6000 states, and more than 8700 transitions. This model defines modes of operation on the ground (including refuel, defuel, and ground transfer) and in flight (including normal engine feed, center of gravity control, load alleviation, and fuel jettison).

The functionality within each top-level mode is grouped into subcharts, enabling engineers to work independently on individual components in the hierarchy.

The team developed a parameterized plant model of the tanks, pumps, valves, and electrical components using Simulink. Engineers can set parameter values to configure this model to represent fuel systems for any Airbus aircraft.

After running closed-loop simulations of individual operational components in Simulink, the team integrated them into a complete model for system-level simulations.

The team created a desktop simulator by generating code from the plant and control logic models with Simulink Coder™. A MATLAB® based user interface enables suppliers, airline customers, maintenance engineers, and other Airbus teams to visualize how the fuel management system works and interacts with other aircraft systems.

The team also used the Simulink models to develop hardware-in-the-loop (HIL) tests and commission their HIL testing rig well before the real hardware was available.

After successful flight tests of the A380, the team used System Identification Toolbox™ to tune their plant model using measured flight test data. They used Signal Processing Toolbox™ to remove noise from the test data, and Curve Fitting Toolbox™ to evaluate differences between the measured data and predicted results and to predict system performance beyond the usual flight envelopes. While refining the plant model, they used Simscape Electrical™ to incorporate relays and other elements of the electrical power system.

Based on the success of implementing Model-Based Design for the A380, Airbus engineers are now using this approach to develop the Airbus A350XWB’s fuel management system, reducing development time of this aircraft by one year.