Measuring the Impact of RF Impairments on an LTE System

Communication systems performance places a high demand on RF components such as low noise amplifiers (LNAs), power amplifiers (PAs), or mixers. The constraints dictated by these RF components directly affect baseband design. Two famous examples include the choice of GMSK modulation for GSM or, more recently, SC-FDMA for the uplink of LTE. Therefore, it is desirable to assess the impact of such RF components on a complete system early in the design process. This requires setting up a simulation with both accurate baseband modeling and realistic RF effects.

LTE System Toolbox™ offers easy access to detailed baseband modeling and standard measurements such as EVM and ACLR. It also integrates with SimRF™ (Figure 1), which provides fast simulation of RF systems and insight into intermodulation distortion, image rejection, and phase noise, among other effects.

Figure 1. Simulation set up with LTE System Toolbox and SimRF.

This example shows how to assess the impact on EVM of an RF front end. The imperfections we want to take into account include:

Figure 2 shows the model of the RF receiver. The input signal goes through an LNA, and then it travels through a direct-conversion demodulator and down to baseband. The I/Q components are amplified with a VGA and combined into a complex output signal for further processing and analysis 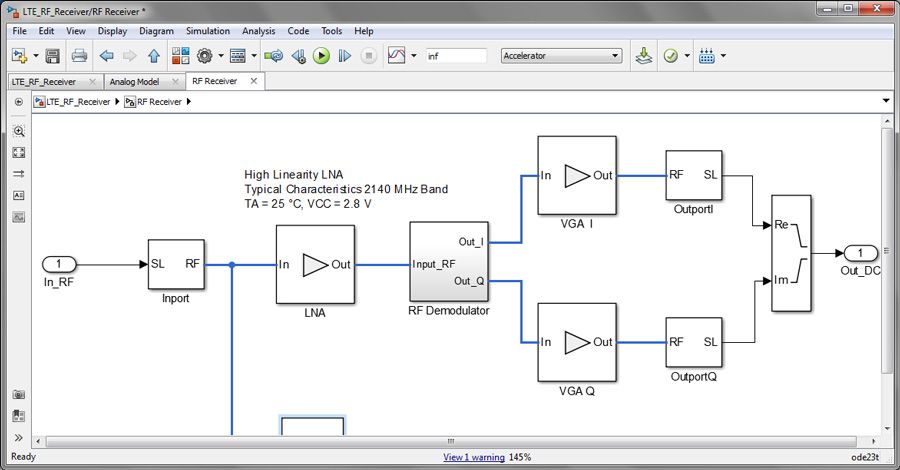 Figure 3 compares the measured RMS EVM for an ideal RF front end with a realistic RF front end with impairments. This figure clearly shows the influence of impairments in the RF front end. By leveraging such simulations early in the design, we can fine-tune RF component parameters to verify that an EVM target is satisfied. 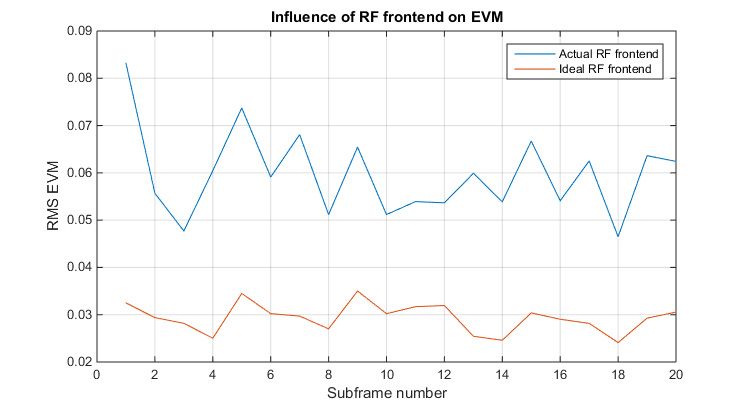 Figure 3. Measured EVM with and without RF impairments.

Details of the Transmit/Receive Chain

Using the sim command, the signal generated with LTE System Toolbox is imported into Simulink®. 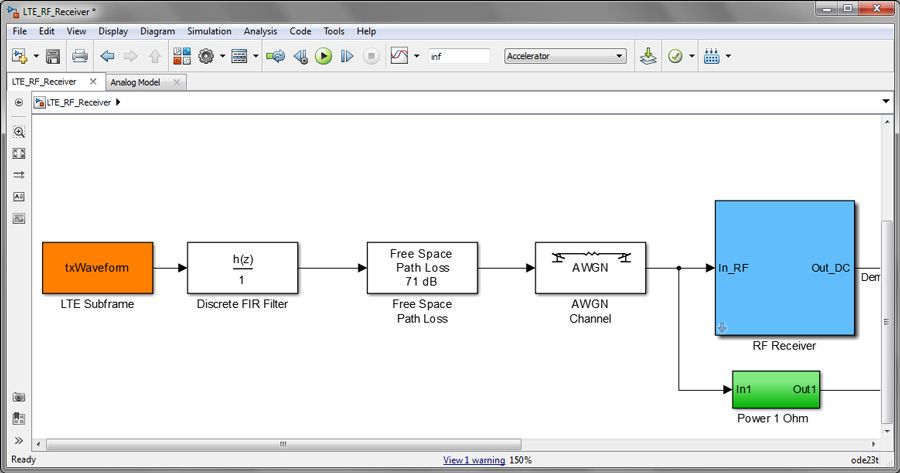 As an example of RF impairment, the mixer includes phase noise. Figure 5 shows the profile of the phase noise around the LO used in the mixer in dB versus a log of the frequency offset. 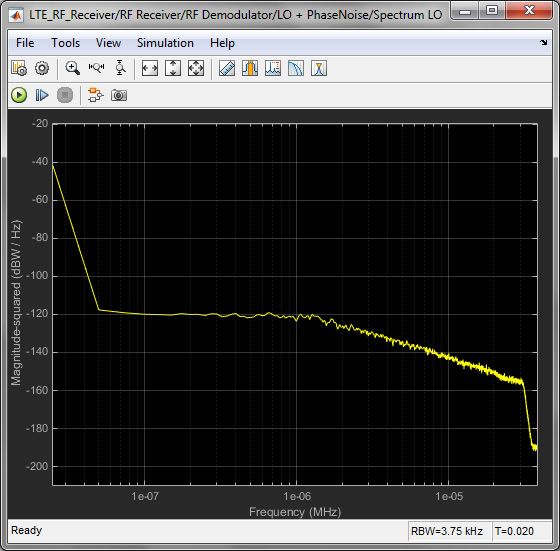 Other effects include nonlinearities, which result in a DC offset at the output of the RF front end due to harmonics mixed back to DC through the direct-conversion process. To compensate for this DC offset, the signal is passed to an ADC and a DC offset compensation algorithm (not shown).

Figure 6 shows the spectrum of the signal at the following stages of the chain:

The DC offset compensation algorithm successfully removed the DC offset, represented by the red peak at the center frequency. 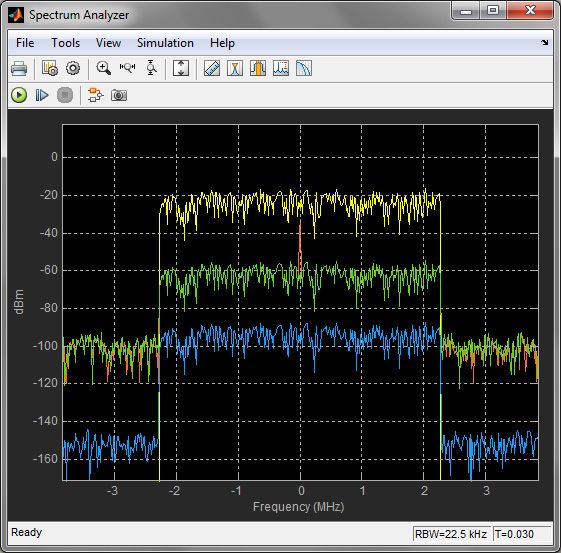 Figure 6. Spectrum of the signal at various points in the chain.

Finally, we measure EVM signals in MATLAB with LTE System Toolbox providing the EVM as per 3GPP TS 36.101 [2].

By assessing the performance and influence of RF components early in the design process with LTE System Toolbox and SimRF, we can reduce risk and issues that might appear at a later stage.