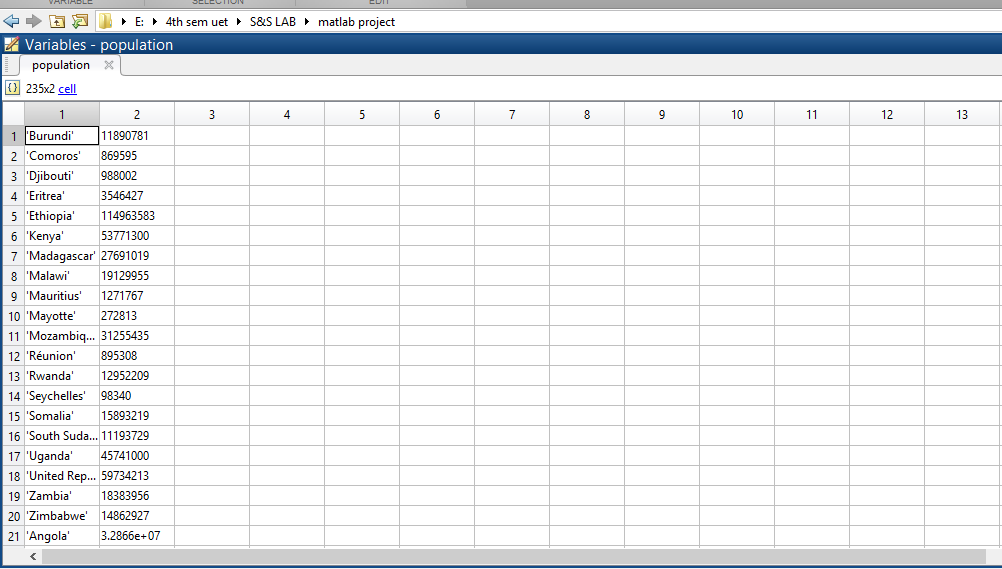 ⋮
Edited: Stephen23 on 1 Jun 2021
Ran in:
Note that SORT uses the character code order, which is not the same as alphabetic order.
In your example, "Réunion" would sort after "Rwanda", because "é" has a higher character code than "w":
S = ["Angola","Réunion","Rwanda","Zambia"];
T = sort(S) % wrong order!
T = 1×4 string array
"Angola" "Rwanda" "Réunion" "Zambia"
But in English and also in standard French, the letter "é" comes before "w" because the diacritic is considered as a modifier of the "e" character. Note however that in some other languages letters with diacritics are considered to be separate letters, and that the same characters can be positioned in different locations by different countries and languages. Some languages even count digraphs (two graphemes) as one letter, with "its" own position in the alphabet.
In short, sorting "alphabetically" is nowhere near as trivial as people think:
https://english.stackexchange.com/questions/212614/where-does-ö-fall-in-alphabetical-ordering

⋮
it should sort in English alphatical oder

⋮
@Muhammad SULAMAN: then you will need to handle the diacritics yourself (e.g. remove them before sorting and then use the sort index to sort the original data).

⋮
but it doesnot have population in 2 column 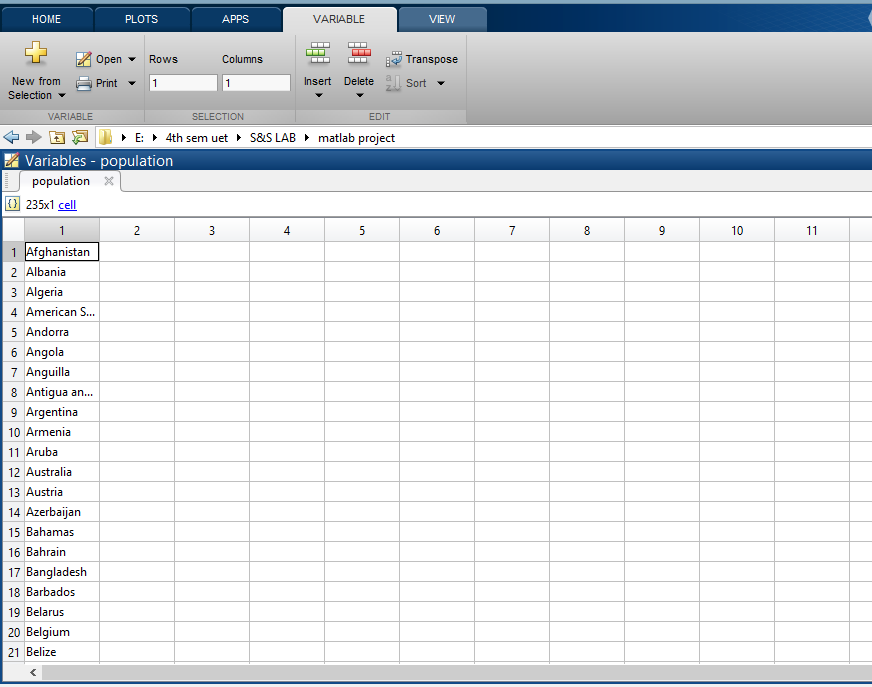 output of your code
it doesnot have populatioin