MATLAB scatter plots with millions of points are slow and resource intensive. However, most of the points are not visible since they are hidden by other points. This code detects which points are hidden and remove them.

The used algorithm is particularly efficient and can handle millions of points:

In other words, this algorithm work as a virtual graphic buffer. The plot is precomputed and invisible elements are deleted.

This code has been successfully tested with large datasets:

Look at the examples run_example.m. A dataset with random points is successfully simplified (by a factor of 40) without changing the scatter plot result. 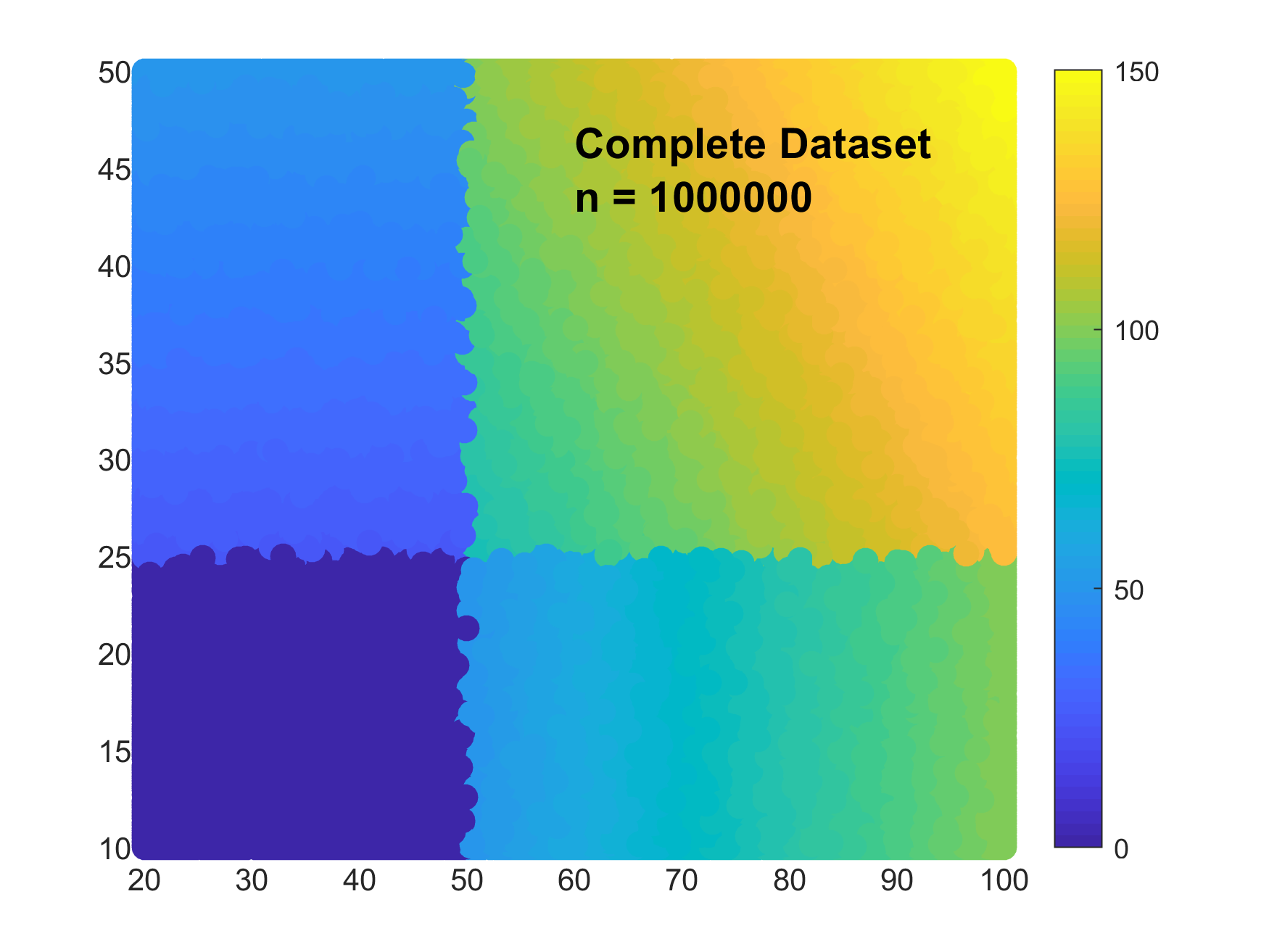 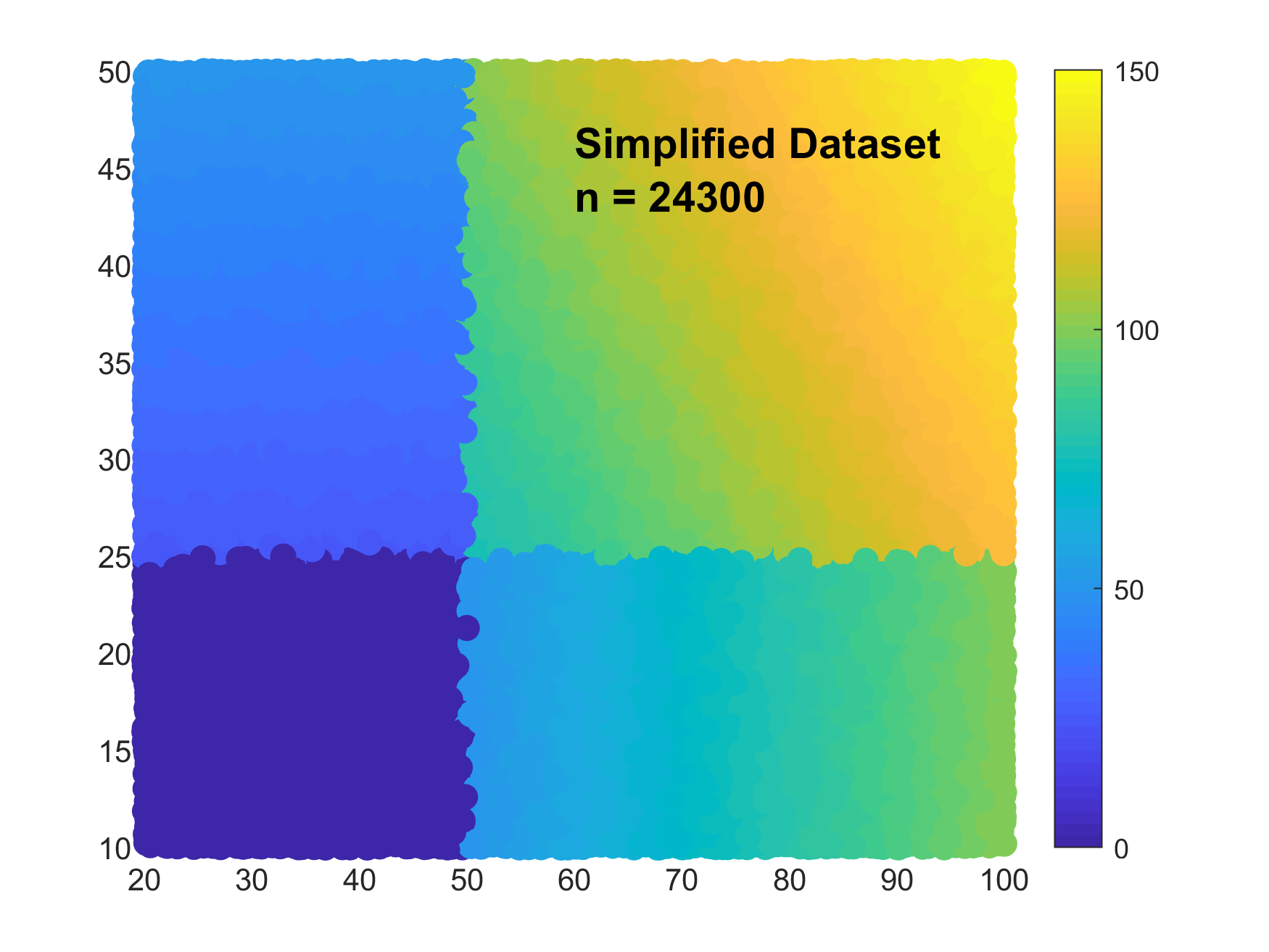 This project is licensed under the BSD License, see LICENSE.md.

Created with R2018b
Compatible with any release