Digitisation and Autonomy in the Mine

Autonomous technology usage is continuously increasing in a variety of applications in the mining industry. Designing the autonomy requires knowledge and experience in multiple engineering domains, including machine learning, perception, decision making, control design, and software development. On day 2 of the series, we begin by discussing the key elements enabling the autonomous technologies by highlighting virtual environment development of a mine site, followed by an overview of an autonomous navigation algorithm development. Julius Kruttschnitt Minerals Research Centre (JKMRC) will also present the role of soft sensors to enable advanced process control for mineral processing plants, followed by the status and challenges of autonomous technologies used in process plants.

> Click here to go to the event series page: Realising the autonomous, carbon neutral mine

Dr Peter Brady is a Senior Application Engineer with a background in numerical simulation, analysis and high-performance computing.  Peter covers these areas of the MathWorks products as well as machine learning, deep learning, deployment and cloud.  He has worked on numerous projects for mining companies, including mets accounting, process modelling and plant optimisation.  Peter is allocated as a technical account engineer for several Australian miners to provide a single point of contact as well as support for developing technical proofs, product deep dives and specialist support to MATLAB and Simulink users. Peter has a PhD in Mechanical Engineering and a Bachelors in Civil Engineering both from UTS and is a Chartered Practicing Engineer with Engineers Australia (CPEng NER).

Alex Shin is a Principal Application Engineer at MathWorks. He specialises in helping customers in the area of simulation, verification, and automatic code generation, primarily for commercial projects. His recent work includes defining simulation and verification process and implementation of Model-Based Design tools in large organisations. Mr. Shin received Bachelor’s degree from University of New South Wales in mechatronics engineering.

Dr Francisco Reyes obtained his Bachelor of Science in Electrical Engineering from the School of Engineering at Universidad Católica de Chile (PUC) in 2010, where he was also awarded his Master of Science in Electrical Engineering in 2012. Francisco later left Chile for the United Kingdom to pursue a PhD in the Advance Minerals Processing Research Group at Imperial College London. His research focused on the analysis and quantification in mineral processing using X-ray micro tomography images, collaborating with the Universities of Manchester and Nottingham.

Upon receiving his PhD, he gained valuable experience as a Research Associate, also at Imperial. He later joined the Advanced Process Prediction and Control Group (APPCo) within the JKMRC, in 2019. His work is now focused on Automation and development of soft sensors for comminution.

Dr Marko Hilden is a mineral processing engineer and has worked as a comminution researcher at the JKMRC for the past 10 years where he mainly collaborates on industry-focussed comminution projects and advises post-graduate students. His PhD research on “A dimensionless analysis approach to modelling industrial screening” included being awarded the Ian Morley prize in 2007. Marko has 7 years industry experience working as a project metallurgist at a large iron-ore operation in Western Australia and as a technologist in a coal research and technology group in Melbourne before joining the JKMRC.

Marko’s main research interest is in advancing capabilities in simulating and modelling of comminution processes and assessing their performance. For the past few years, he has been developing a comprehensive revision of the JKMRC AG/SAG variable rates mill model which is designed to enable improved prediction of production-scale milling performance 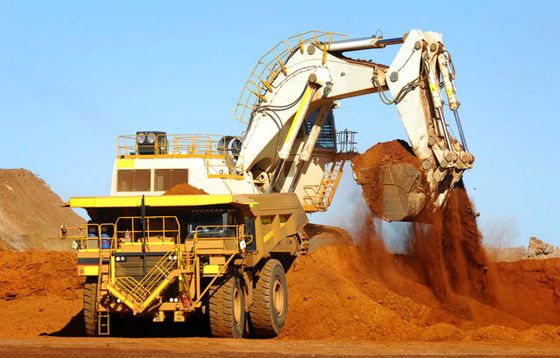 You are already signed in to your MathWorks Account. Please press the "Submit" button to complete the process.