Ivan on 19 Mar 2014
⋮
Answered: Yifeng Tang on 16 Jun 2022
Hello,
I'm trying to uderstand next example, like this one http://www.mathworks.com/help/physmod/hydro/examples/hydraulic-circuit-with-single-acting-cylinder.html There is hydraulic model with actuator + load. 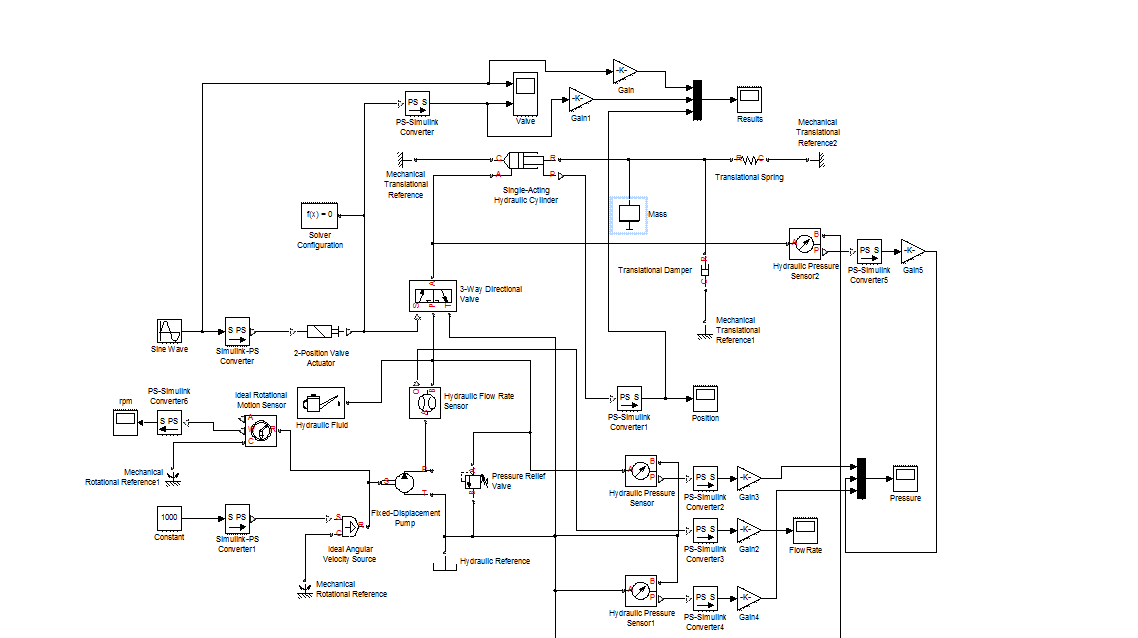 If to change the mass of load in mechanical part of system how it would influence on hydraulic part? - would it change fluid pressure and flow rate? My experiments show that there're no change in static (pressure and flow rate the same for 4.5 kg and 450 kg), only changes in dynamic behaviour (more ocsillation). Is it true and how to explain it? The mass force is f == mass * M.v.der;, for the same force from hydraulic part and different values of mass there will be different M.v.der, but in real word we can't push such heavy load or not?

Yifeng Tang on 16 Jun 2022
⋮
I believe the confusion may come from the fact that in Simscape there is no gravity implied, unless Simscape Multibody is involved. The mass here may be better visualized as a mass sliding on a flat surface, with a spring attached, and a damper (as viscous friction). As you said, the same force will generate a smallver v.der. Because there isn't a load as a result of the gravity, you can ALWAYS push the mass, just at a different rate.
Now, it's possible to add the effect of gravity into this. You just need a force source whose magnitude is -m*g, so the hydraulic force needs to overcome that first.