How to combine the process of object recognition/detcetion from start to finish?

Faraz on 11 Jul 2014
⋮
Answered: Dima Lisin on 16 Jul 2014
Accepted Answer: Image Analyst
I'm teaching myself machine learning. Using online courses In have understood the concept of linear regression, logistic regression and SVM. But in the course I am following the author assumes that I have a set of features ready to be used and never touches on the topic of feature detection and extraction.
Is there a resource that gives an example of this process from start to finish so that I can get a better idea of the process.
Suppose I want to detect the letter 'A' from a chart of the alphabets, what do I do? How do I create the feature set? How do I extract said features and then use them with say SVM?
I found this tutorial on the MatlAB help page: http://www.mathworks.co.uk/help/vision/gs/object-detection-and-tracking.html
But this is for point matching as in it can only be used to find that specific elephant. I want to use SVM to learn it multiple variations of the letter 'A' and then test it.
Any guidance here would be greatly appreciated.
Thank you

Image Analyst on 11 Jul 2014
⋮
My Image Segmentation Tutorial is a great place to start: http://www.mathworks.com/matlabcentral/fileexchange/?term=authorid%3A31862
To find the A there are several ways. Probably the simplest is to just find the area of all characters in the image. The "A" will have a certain area. As long as the A in your image is the same size as the A that you have the area (in pixels) for, and no other characters have that same area, you should be able to find it. It's likely all characters have slightly different areas.
Another way is to use OCR, like here: http://www.mathworks.com/help/vision/ref/ocr.html#bt548t1-2_1
I haven't used SVM (I don't have the stats toolbox) but I guess if you had two features, like area and perimeter, you could use it. SVM would be preferable over looking at just the area alone if you had two characters that had the same area but different perimeters. You can get area and perimeter from regionprops as shown in my Image Segmentation Tutorial mentioned earlier. It might be interesting to make a 2D scatter plot of perimeter vs. area for all of the characters.
I guess you could use neural networks also but I have no experience in that, though Greg answers questions here and he would know how. Tag the post with "Neural Network" if you want an NN answer from Greg.
Finally, you can do template matching using normalized cross correlation, as shown in the demo I attached, below the picture. 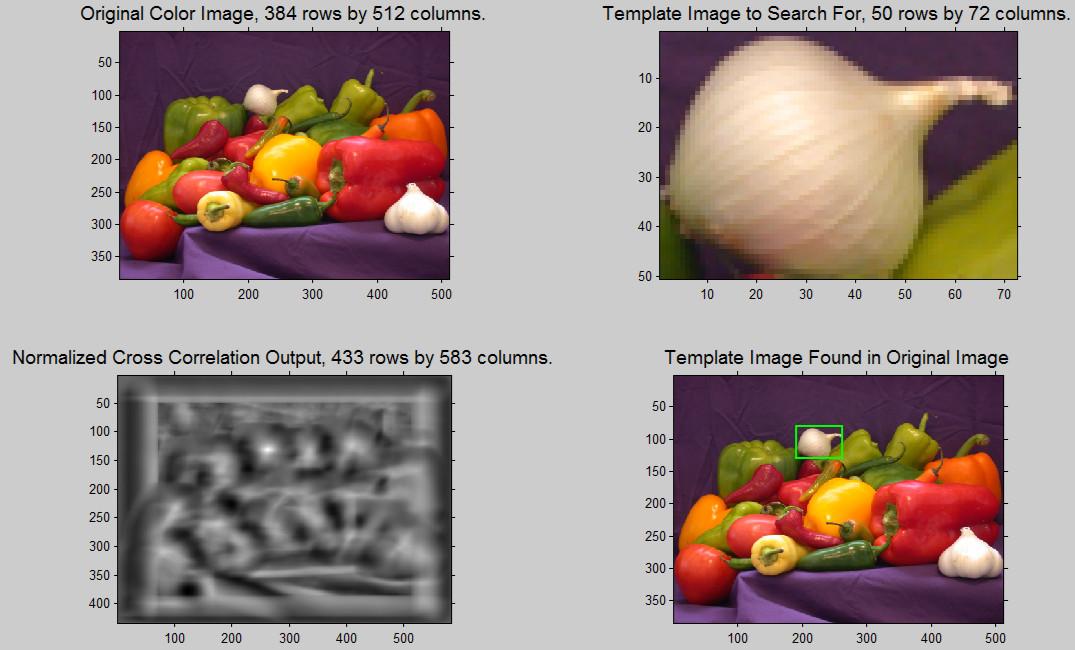 Dima Lisin on 16 Jul 2014
⋮
Please take a look at this example on how to classify digits using SVM.