Is there a bug in Multidimensional Input to mhsample?

Tom Lane on 17 Dec 2014
⋮
It looks like there's something that could be improved. The error message was no help. I think you want to specify a multivariate proposal distribution, not the univariate uniform one you have. Maybe this:
proppdf = @(x,y) prod(unifpdf(y-x,-delta,delta),2);

⋮
Its not about proppdf - Robert suggests a row-column mixup. (:,acc) instead of (acc,:) which makes sense since acc is given in the 2nd column when working in only 1 dimension (start is a scalar).

Erik Hauri on 23 Jan 2018
⋮
I have observed the same. Taking the 2nd example in the documentation (sampling data from a standard normal distribution), after making your modification to mhsample - if start and delta are provided as row vectors, then the calculation works and results in x are given as column vectors. 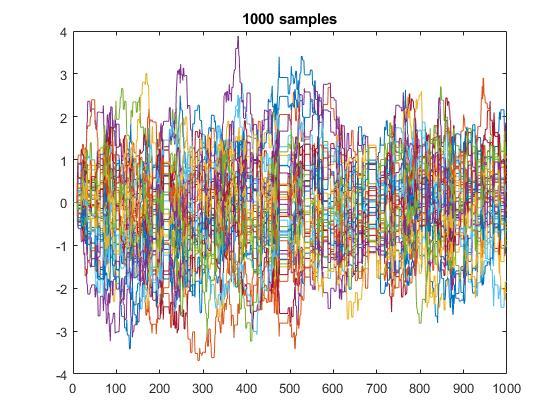 Erik Hauri on 25 Jan 2018
⋮
Ah OK - use nchain and dimension 'start' as a column vector rather than a row vector. This makes sense, thank you!