I tried to write a code to find the next smallest prime number greater than any given positive integer. My code is stuck in infinity loop, how can I find where is the problem?

⋮
Thank you very much!
The code works fine for smaller numbers for me too but when I tried to submit it on Coursera graded assignment which checked it for a large number (12345678), it didn't work well. The support team suggested that if the code is taking more than 15 seconds then it's stuck in an infinity loop.
Could you please suggest me how can I make it more efficient? I'm new to MATLAB and couldn't think of any other way to do it.
Thanks Again!

⋮
"Could you please suggest me how can I make it more efficient? "
Search this forum for "prime number" and you wll find plenty of discussions on how to do this efficiently.
The search field is in the top right-hand corner of the page.

Prahlad Gowtham Katte on 17 Feb 2022
⋮
Hello,
I understand that you’re trying to optimize the above function to find next smallest prime number.
For optimizing the code, instead of looping from the start you can use while loop and start from number+1.The following code is an optimized function for the same objective.
function next=nextprime(n)
flag=0;
current=n+1;
while flag==0
if (isprime(current)==1)
next=current
flag=1
else
current=current+1
end
end
end
Hope it helps. 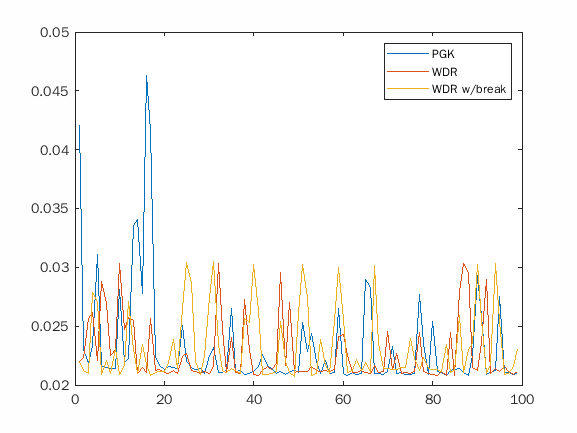