How to delay signal input ?

Nikolas Haimerl on 5 Sep 2019
⋮
Answered: Dimitris Kalogiros on 5 Sep 2019
Accepted Answer: Dimitris Kalogiros
Hello,
I am in need for a block in Simulink which delays the starting time of trasmition to the next block. Meaning if I have a System which runs for 100 seconds I would like the block to transmit only signals which it received in the time interval 5 to 100 seconds. Any input that the block received between seconds 1 and 5 should be ignored.
I only found the delay block so far, which does the exact opposite of what I would like it to do.
Is there a simple way for my system to act in the way described above ?
Thanks in advance for any answers and suggestions!

⋮
<< Any input that the block received between seconds 1 and 5 should be ignored.>>
What would be the output of this block during the interval 1sec-5sec ? Zero maybe ?

⋮
Yes, zero would be an output my system would still be able to work with.

Dimitris Kalogiros on 5 Sep 2019
⋮
Here is my suggestion: 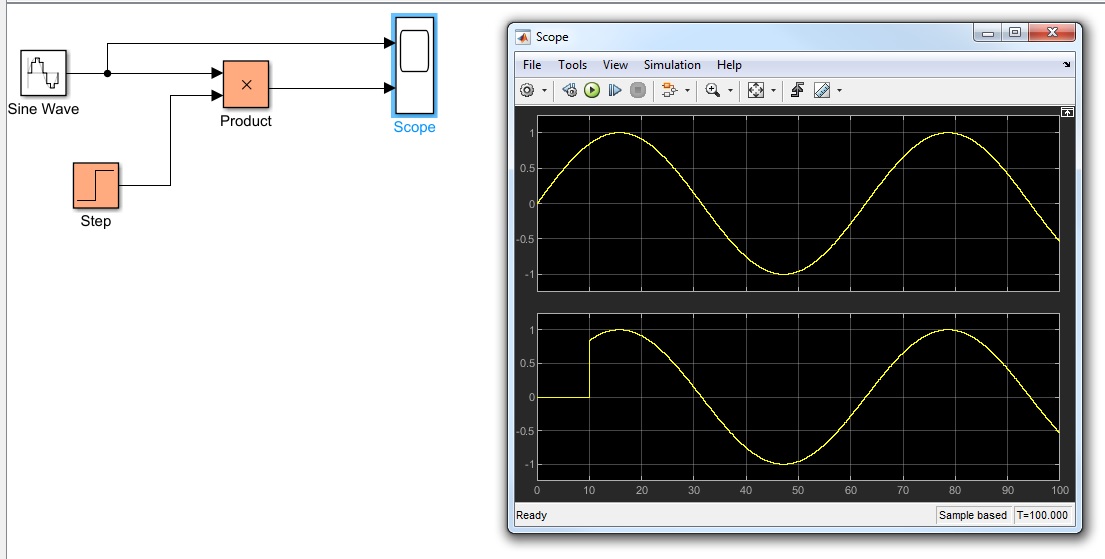 Fangjun Jiang on 5 Sep 2019
⋮
A step function controls a swithch block to switch the signal.