How to measure the correct circularity?? 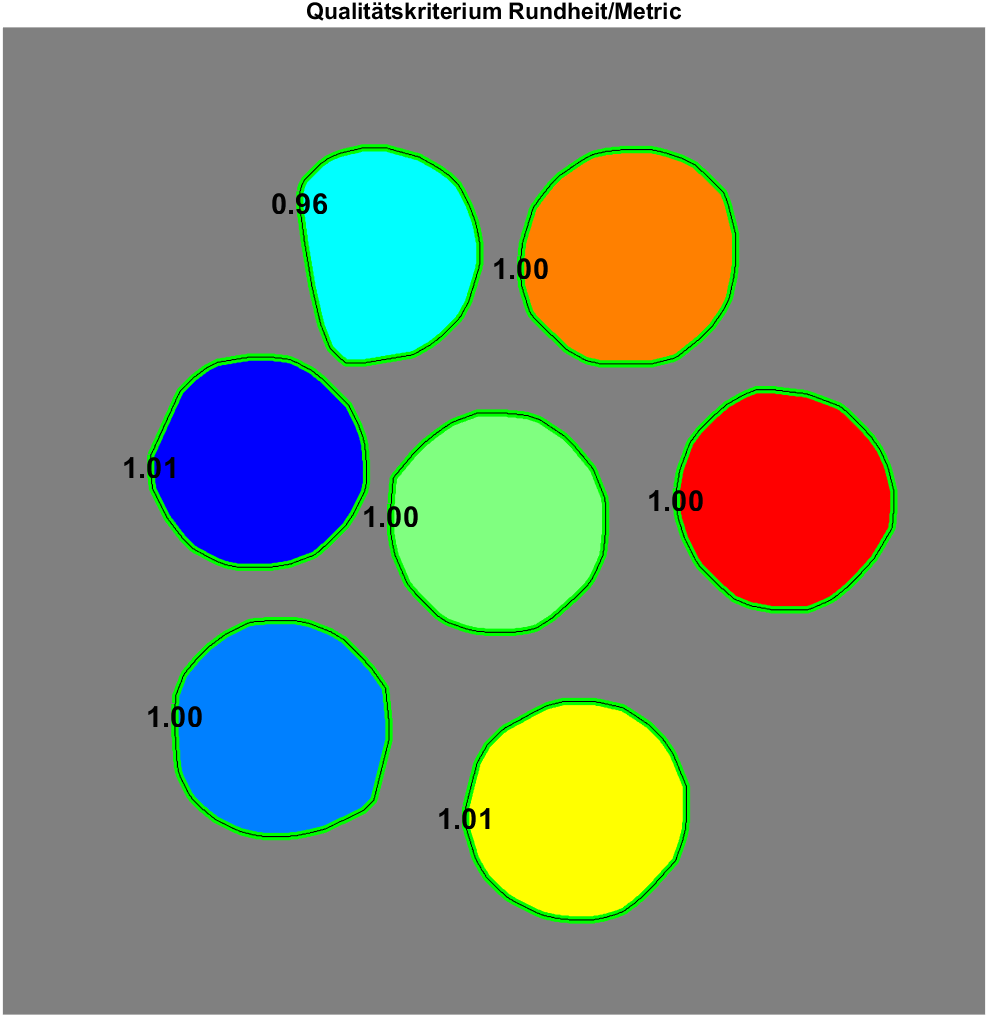 John D'Errico on 10 Jul 2020
⋮
Edited: John D'Errico on 10 Jul 2020
It would not be unusual for that measure to exceeds 1. For example, given a circle, we would have a perimeter of 2*pi*r. So permieter squared would be 4*pi^2*r^2. And the area of a curcle is pi*r^2. So that measure would in theory be 1 for a circle.
And people talk about how the circle has the largest area for a given perimeter. I fact though, that is incorrect. A circle has the largest possible area of all convex regions. But suppose the region is not convex?
For example, consider a circle, but then super-impose a rapidly varying sinusoidal oscillation. Small amplitude, but high frequency. Essentially think of this as creating a fuzzy circle. The perimeter will increase, yet the area stays almost unchanged.
Just for kicks. I'll create such an object, then compute both the perimeter and the area.
F = 100; % frequency of the sinusoidal fuzz
N = 2000;
theta = linspace(0,2*pi,N);
R = 1; % Nominal radius of the circle
A = 0.05; % fuzz amplitude
Xc = (R+A*sin(F*theta)).*cos(theta);
Yc = (R+A*sin(F*theta)).*sin(theta);
plot(Xc,Yc,'-') 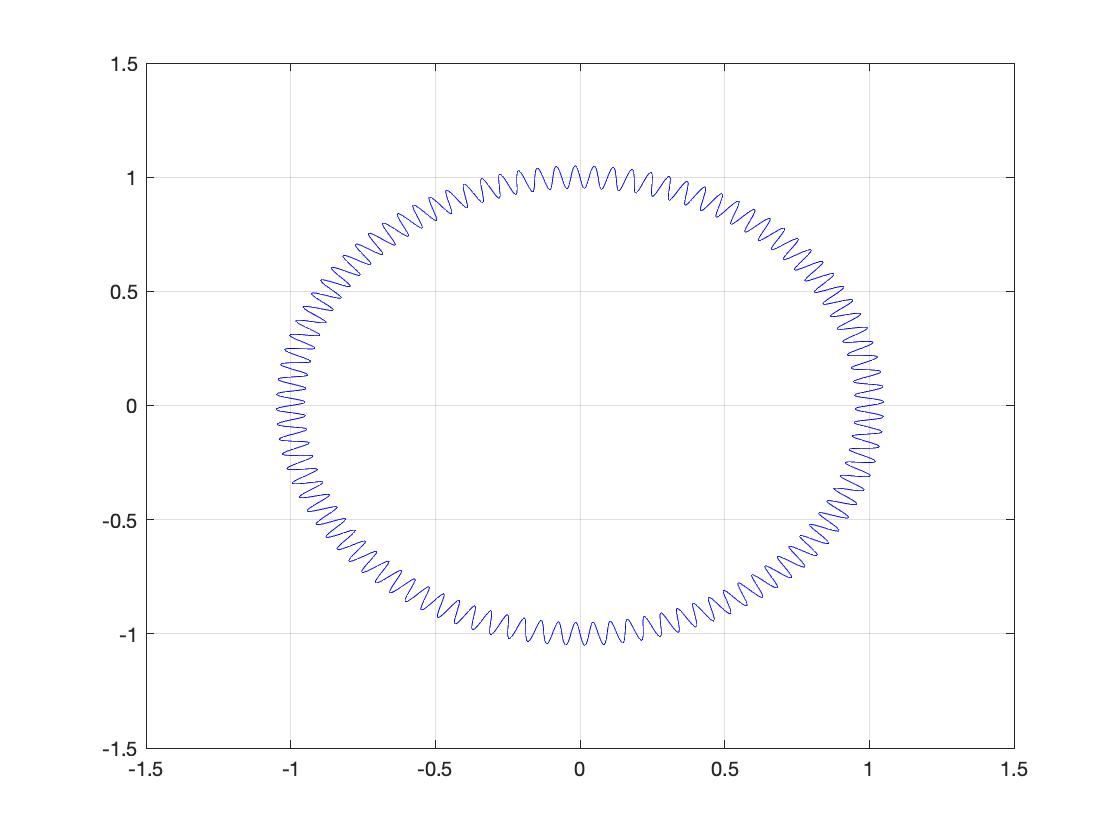 What is the arc length of this perimeter curve?
I have a function on the file exchange that can compute the arclength of such a curve.
fuzzyperim = arclength(Xc,Yc,'spline')
fuzzyperim =
21.395
If you don't trust my code, or don't wish to download it from the file exchange, this will give a decent estimate of the perimeter too:
sum(sqrt(diff(Xc).^2 + diff(Yc).^2))
ans =
21.317
If it were really, truly a circle, the perimeter arclength would have been
2*pi*R
ans =
6.2832
What is the actual area of that region? Were it a circle, we would get:
pi*R^2
ans =
3.1416
So, for a truly circular region, we would have:
(2*pi*R)^2/(4*pi*pi*R^2)
ans =
1
What is the area of the region? Numerical integration in polar coordinates will suffice. The area is just the integral of r*r*dtheta. (Don't forget that extra r, since we are working in polar coordinates.)
radfun = @(theta) R+A*sin(F*theta);
fuzzyarea = integral(@(theta) radfun(theta).^2,0,2*pi)
fuzzyarea =
6.291
As expected, the area is almost unchanged, whereas the perimeter is significantly larger than the circle would have been. So how good is this measure of cicularity?
fuzzyperim^2/(4*pi*fuzzyarea)
ans =
5.7903
As it turns out, not very good. For something that you thought would never be larger than 1, the ratio is now almost 6. Really, it applies only for nice well behaved regions. Convexity is actually rather important. If the region is at all fuzzy or not convex, then you need to be careful.
Is there a better measure of circularity? That is a good question. You might compute the perimeter and area of the convex hull of the regions, then use those numbers to compute circularity.