Extra space in saved figure before subscripts or superscripts

Daniel on 25 Mar 2021
⋮
Commented: Daniel on 30 Jul 2021
I have plot axis labels that use subscripts and/or superscripts. The figures look exactly as they should when I plot them in Matlab. When I save them, I get an extra space before the subscript or superscript. WHY???? I've done this lots of times and never had this problem.
I've attached an example. The code for the example label is:
ylabel('PSD [m^2/s]','fontsize',14)
I've also tried putting {} around the 2, but it doesn't change anything. I can add latex as the interpreter, but then the font changes and I want the default font.
UPDATE: I just noticed that there's more space before or after any latex text. I used a \times in another label and there's more space before it, but some subscripts have a little space after them. I'm not sure if there's a pattern to this.

⋮
Found this: https://www.mathworks.com/matlabcentral/answers/177527-fix-extra-space-in-figure-using-xlabel?s_tid=answers_rc1-1_p1_Topic
They got as far as me, which is to say they used Latex as the interpreter. I'm going to leave mine up in case anyone has a way to maintain the default font and fix this problem.

⋮
Did some additional searching and found a less than satisfactory fix. You can use Latex commands such as \textsf for sans serif or \testrm for Roman. This isn't perfect, though. When using \textsf, I get an error that Font cmss10 is not supported, which is apparently the sans serif font. My label in code was: ylabel('\textsf{Average Energy [$m^{2}s^{-2}$]}','fontsize',14,'interpreter','latex'). On screen, "Average Energy" was in sans serif, but the rest was not. After saving as .eps and viewing the saved file, "Average Energy" was in something more like Ariel.
This seems like it should a simple thing to do, so I'm leaving this unanswered in case someone figures it out.

⋮
I'm using R2019b. I tried all of your .eps options, since that's ultimately what I need, and none of them worked. I opened the files both in Inkscape and in Adobe, since those are the only programs I have that can open an .eps. Same result in both. I'm stumped.
UPDATE: Weird thing. I did this with a figure I already had ready rather than try exactly what you tried. When I tried exactly what you tried, it did work. So I did this to test an example:
figure
plot(rand(size(1,10)),rand(size(1,10)))
xlabel('here is super^{script} to see')
ylabel('here is sub_{script} to see')
saveas(gcf,'test.eps','epsc')
I only tried the one save method, but this reproduced my original error. WHY??? 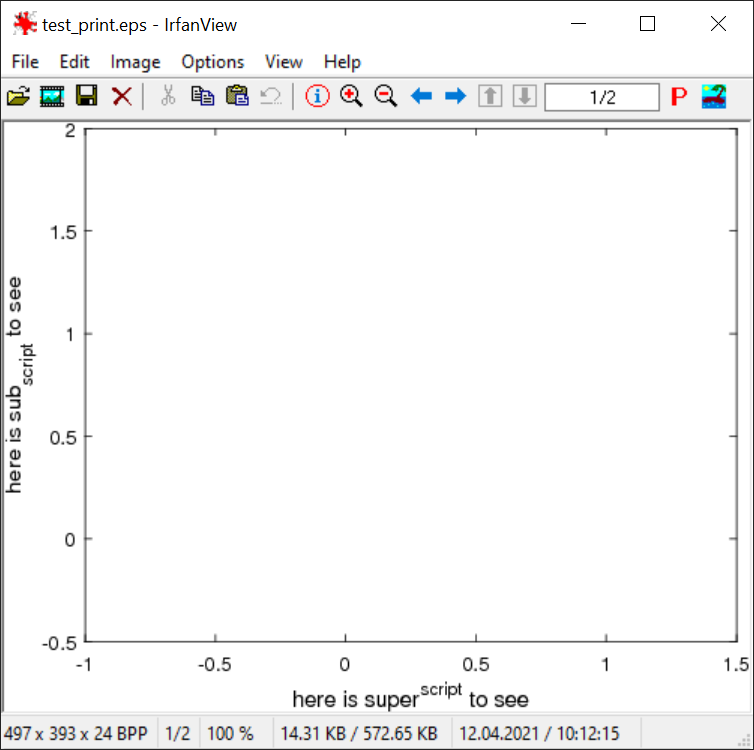 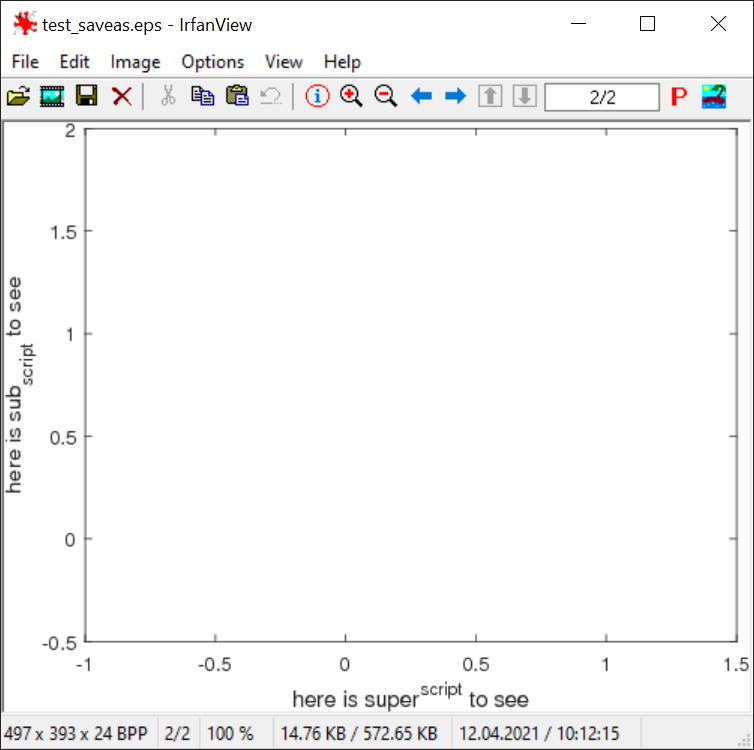 ⋮
Robert,
Thanks for trying again. I don't know what to say. Only difference I can see is that I don't typically save my figures or axes as variables and refer to them within other commands, but I can't see why that would matter. I'll play around with it a bit more to see if I can pinpoint anything, but for now I'm stumped.

⋮
I mentioned above that the problem is "solved" with Latex as the interpreter, but then the font changes and there is no Latex font that matches the default font and I want the default font.

Andrea Bonfanti on 30 Jul 2021
⋮
Edited: Andrea Bonfanti on 30 Jul 2021
Dear Daniel,
I'm using Octave 4.2.2 for Linux and have faced the same issue, but apparently just from time to time, hence the difficulty to understand the reason.
Now I've found the bug: If you want to add subscripts/superscripts to a given word (say w_s), then every word before w_s must have a subscript/superscript as well to avoid the extra blank in w_s. Looking at your example, a workaround to fix the issue is:
ylabel('PSD_{} [m^2/s]','fontsize',14)
where you create a fictitious subscript to PSD.
Hope this helps,
Andrea

⋮
Here are my results. I don't think this fixed it. If anything, I think I see more space after "here" and "is" because of the added "_{}" on each. Glad it works in Octave. In the end, I just fixed them all in Inkscape.
Fixed? 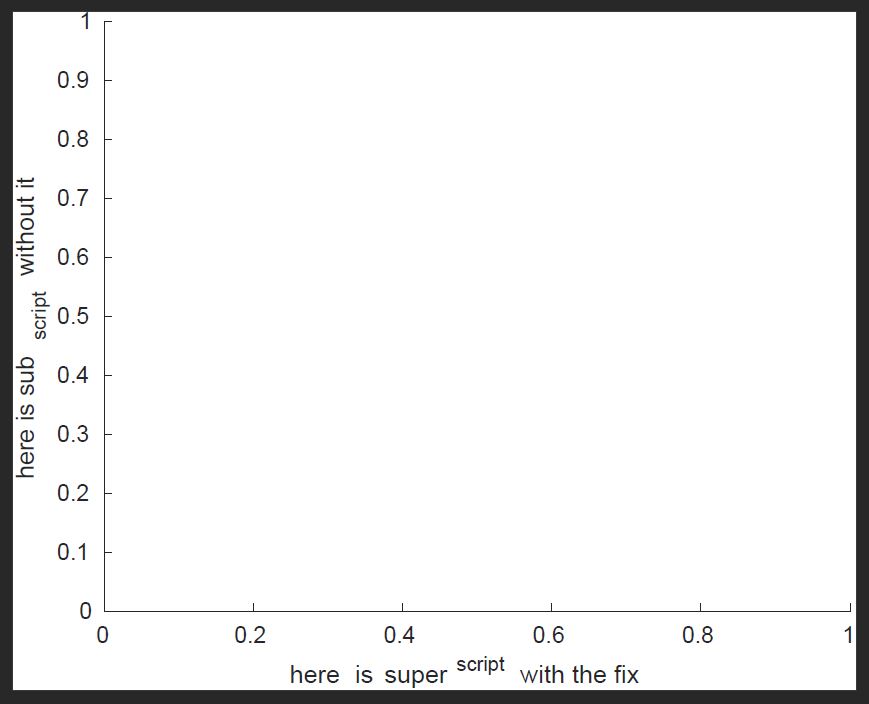 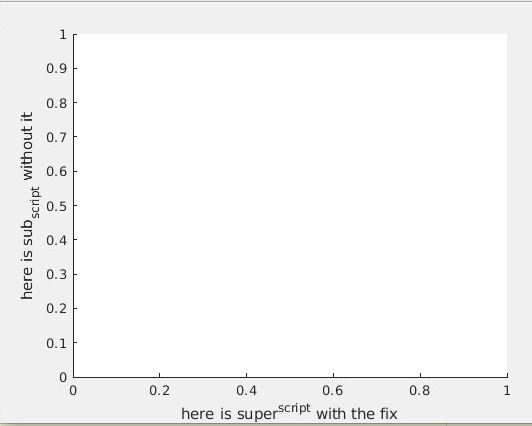