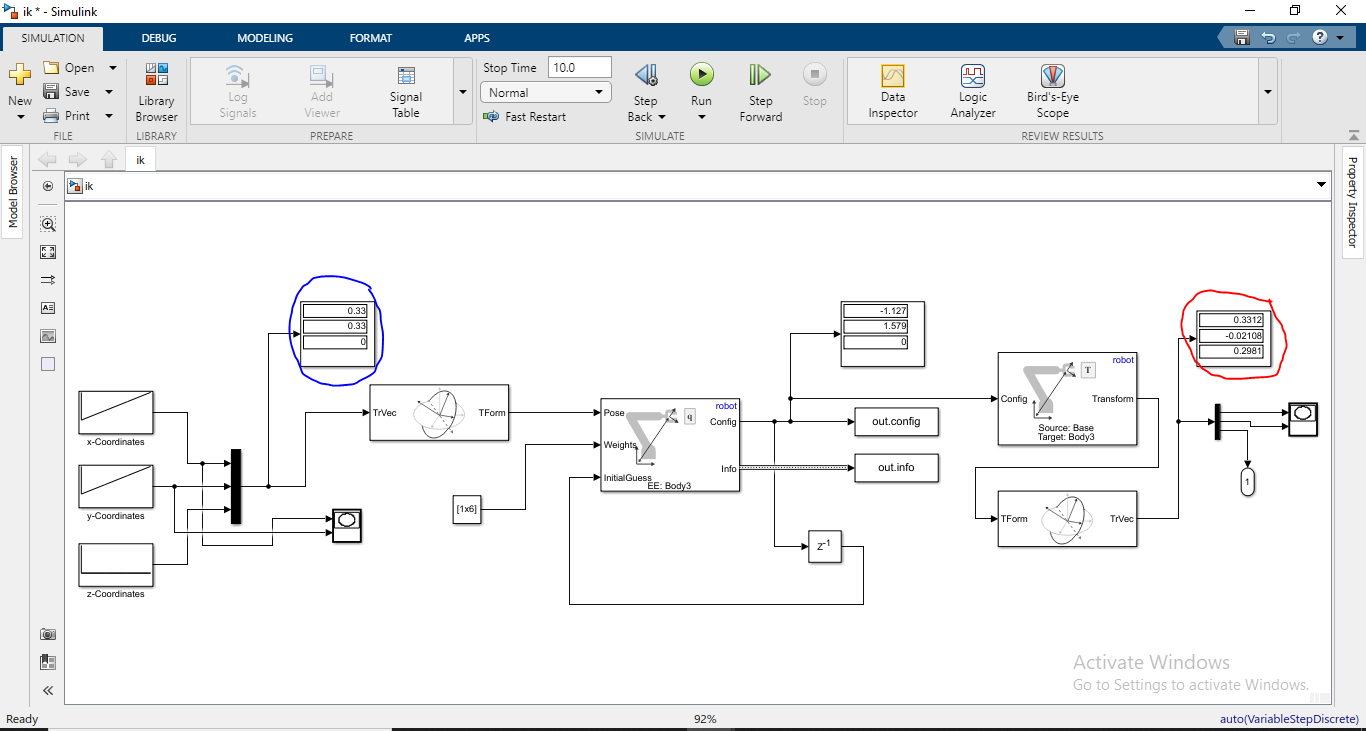 Hannes Daepp on 29 Jun 2021
⋮
From the screenshot you provided, it seems that your get transform block is configured backwards. If you want the position of Body3 in the base frame, you have to set "Body3" to be the Source body, and "base" to be the target body, as detailed in the block documentation. Currently you are returning the position of the base in the reference frame of Body3. For more details, refer to the documentation and the associated examples:
Of course, after correcting this fix, it's also possible that the provided target pose is not feasible or that the numerical solver didn't get there and the settings need to be adjusted. To check this, take a look at the info output of the inverse kinematics block (your out.info data). If the solver has a Status value other than 1, the block cannot find a solution. In that case, verify that the solution is feasible, or adjust the block settings. See the documentation for more information.
https://www.mathworks.com/help/robotics/ref/inversekinematics.html#mw_8f6480d5-ccf4-4161-be1b-4647bb763cd8