Trying to plot an estimate of a surface with plot3 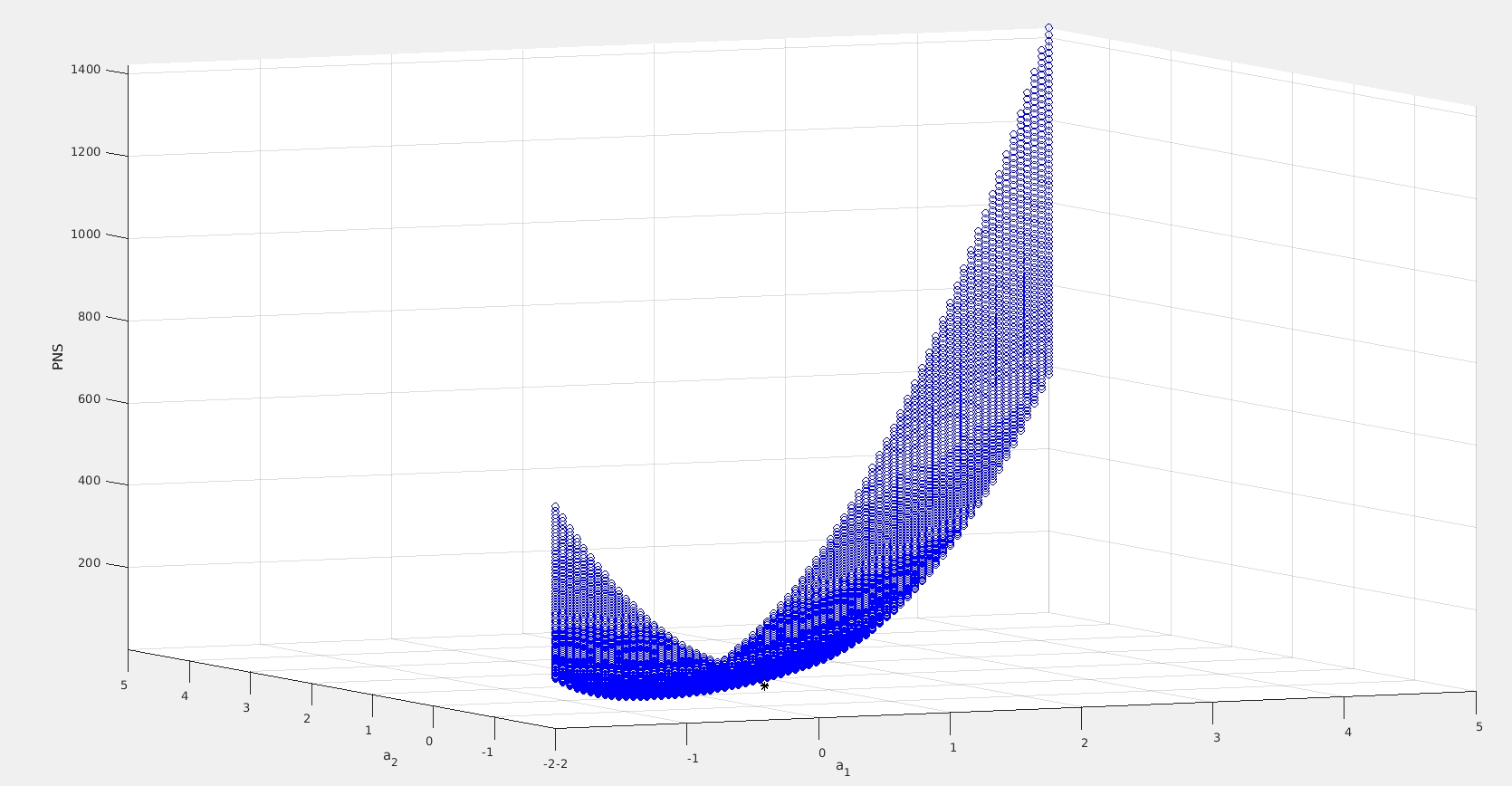 Here is the example solution. 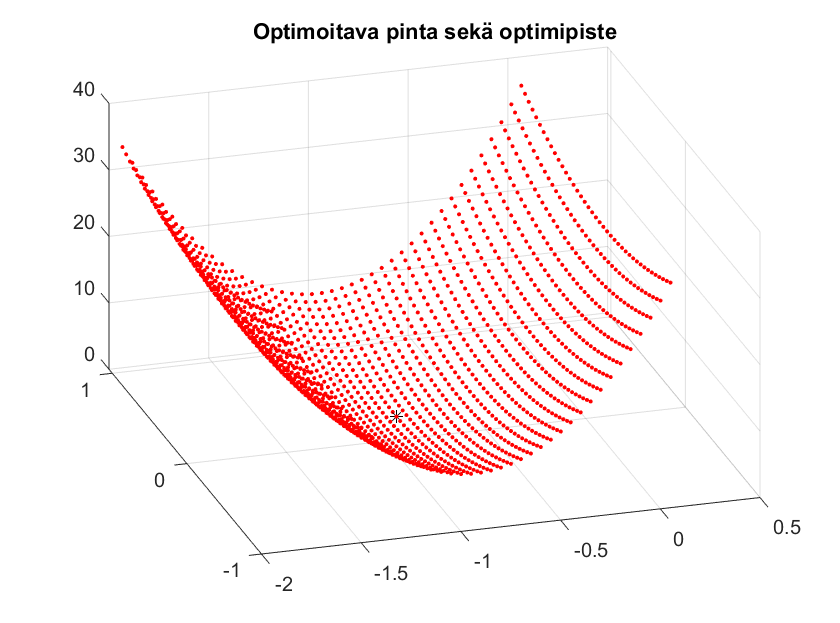 This is my attempt from above: 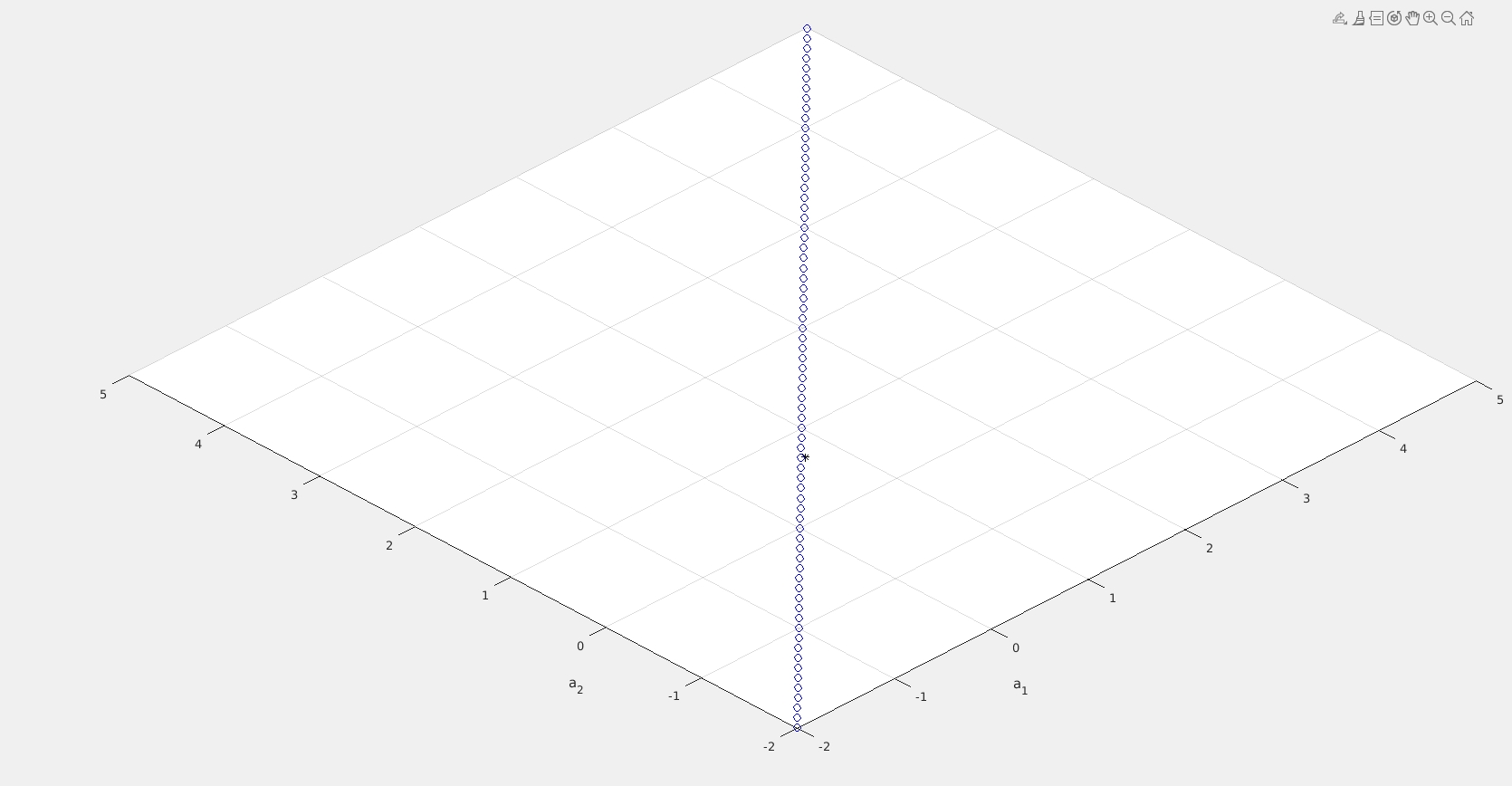 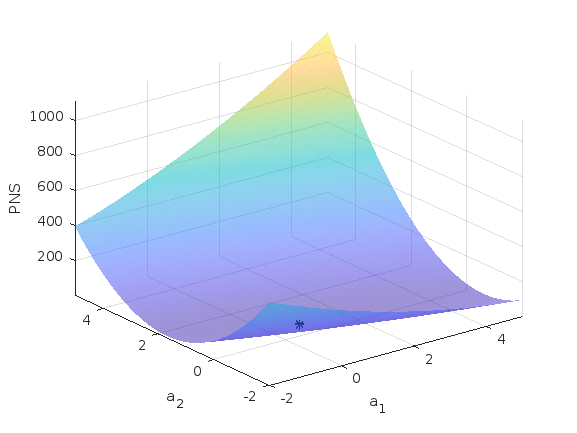 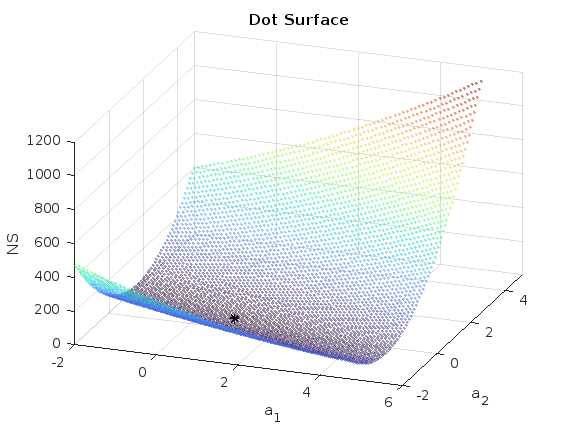 ⋮
plot3(A1m,A2m,NS,'bo') did it. So the problem was solved by using meshgrid. I suppose it must be used every time a 3D-like graph is desired? (PNS is OLS in Finnish, that's the z-value in the plot)

⋮
As always, my pleasure!
The arguments to the surface plot functions can have vectors describing the first two axes for the first two variables (so they only have to be vectors equal to the sizes of the matrix in those diemnsions and not matrices themselves), however plot3 and stem3 have to have arrays (vectors or matrices) with the same sizes for the first three arguments, and possibly the first five if the marker sizes and colours are defined for each marker.
‘(PNS is OLS in Finnish, that's the z-value in the plot)’
Thank you for the explanation. I learned something that I was not expecting to learn!
. 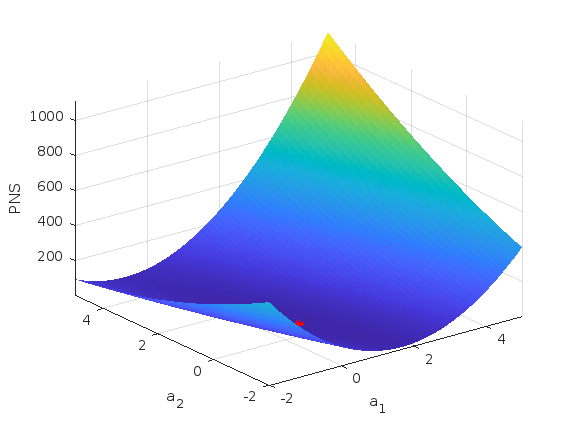