How can I plot y-z plane slices in a 3D volume?

Nathan Lauer on 3 May 2016
⋮
Commented: Josh on 11 Dec 2020
Accepted Answer: Mike Garrity
I have a series of plots representing the vorticity field behind an aircraft wing, at various downstream distances. Each is a 2D plot, and I would like to display them in 3D, one behind the other, in order to get a full 3D sense of the vorticity field behind the wing. In my first attempt, I made a 3D meshgrid, set it to zero, and filled in 4 z-slices with 4 vorticity plots, and that worked. However, I could not get it to the viewpoint that I wanted. Here is the plot that resulted: 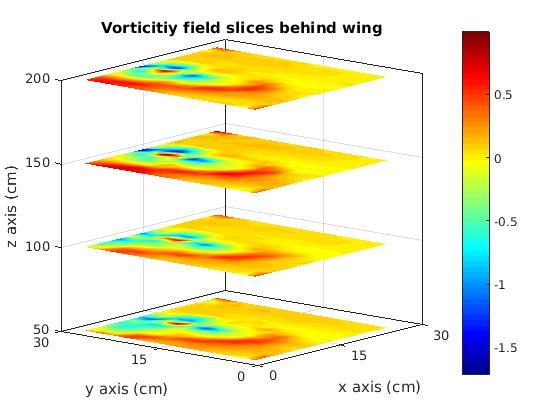 This is rather confusing because in this plot, the wing is beneath the plot, and therefore is more likely to confuse the intended audience than do any good. Further, in attempting to change the viewing angle with Matlab's view command, I was not able to get to the desired viewing angle.
So then I made a second attempt, where instead of plotting z-slices I plot x-slices. This does indeed give me the desired viewing angle, as seen here (where the slices are just zeros): 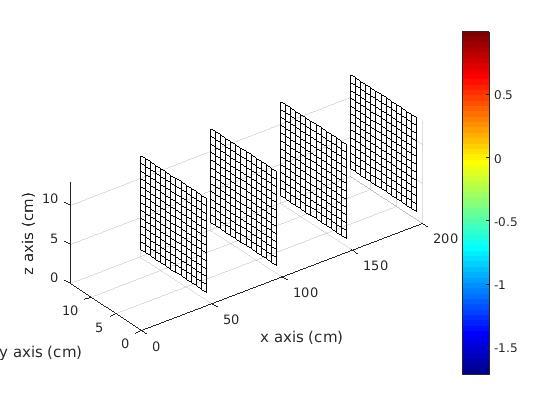 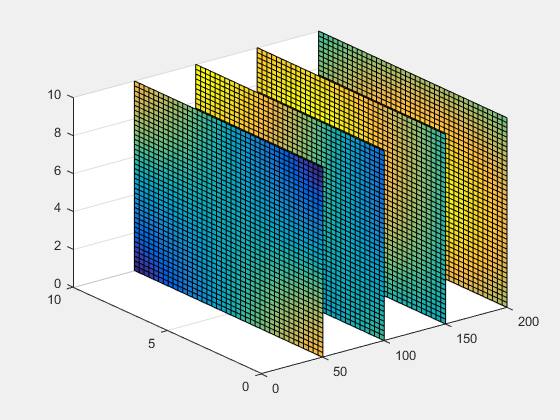 ⋮
I have the same problem but my dataset is pixel intensity values between 1 to 255 for grayscale, when I plot using this code, I get completely black slices, any advice how to do this? :)

⋮
hey,
i have the exact problem you just described...do you know how to fix this?
thanks