Figure window only plays in the background

Ryan Turner on 17 Jul 2019
⋮
Commented: alex on 25 Dec 2019
I'm running a program that is supposed to open an animated figure. However, the figure does not open, it plays in the background. You can only see it by hovering over the figure in the task bar or waiting until the animation is done, then maximizing.
The code is attached. The particular program I was trying to run was poleplace_cartpend.m, there are other programs that also animate a figure. The programs are for a class on control, the figure is animated in the program drawcartpend_bw.m. The figure is meant to be an inverted pendulum being stabilized. There are other figures of the pendulum just swinging. Regardless of which program I run, the figure only animates in the background. Below is an image to clarify what I'm talking about.
I can see the figure by hovering over it in the task bar, but when I click on it to open it, it does not pop up. Once the animation is finished, it can be maximized. 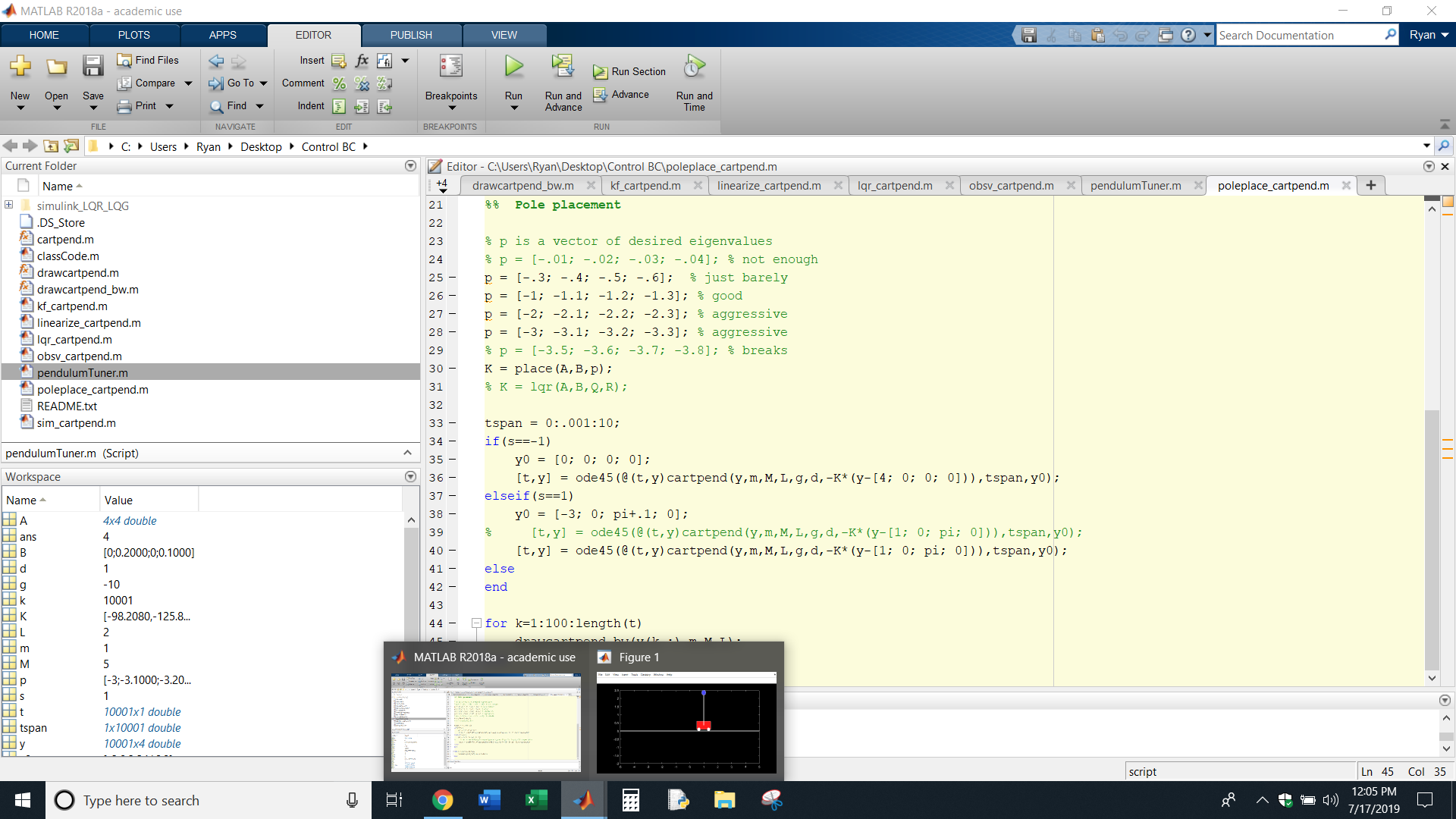 ⋮
The pendulumTuner.m file is not included in your control_bootcamp_code.zip file.

⋮
That is because it is a separate program I wrote. It is not part of the issue I am having here.

⋮
this is a bit offtopic, but do you happen to have the bootcamp_code.zip where PI is discussed? it will be of great help to me. thank you.

Harsha Priya Daggubati on 25 Jul 2019
⋮
Hi,
I reproduced the scenario which you have mentioned in MATLAB 2018a and found out that it isn’t the same for me. I suggest executing the following commands at your MATLAB Command Line and run your program later to check whether this works. Hope this helps!
rehash toolboxcache
restoredefaultpath
rehash toolbox